Here’s the third of this very exciting series of guests posts. It’s award season at the moment and lots of very deserving people are having their wonderful work recognised with nominations and wins of some of Australia’s (and the world’s) most prestigious prizes. But something I’ve noticed a lot is that no matter how successful a writer may be (in terms of publications, awards or anything else), they always worry that they’re not good enough, or that there are career heights they’ve yet to scale. It’s been said many times that the day you stop worrying about whether or not you’re good enough is the day you’ve lost your passion. So I thought to myself, there are some amazingly talented, successful and well-rewarded writers in Australia who probably feel this way too. And if you’re a writer of any level, be it newly emerging or well-established, it’s always good to hear that stuff. It’s good to be reminded that you’re not alone in your insecurities. I certainly like to know that it’s not just me who lies awake at night, terrified that tomorrow everyone will realise I’m a hack!

So I’ve asked six of Australia’s most successful writers (and people I’m lucky enough to call my friends) to answer three simple questions. I’ll be posting up their responses over the next week or so. The incredibly generous respondents are Kaaron Warren (who has already responded here), Jo Anderton (whose post is here), Lisa L Hannett, Angela Slatter, Trudi Canavan and Margo Lanagan. Seriously, between them these writers have nominations or wins in just about every genre writing award you can think of, not to mention heaps of amazing publications, all of which you should check out if you haven’t already. 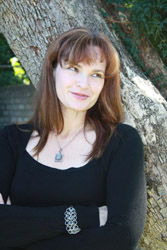 Today, it’s Angela Slatter’s turn. Angela writes dark fantasy and horror. She is the author of the Aurealis Award-winning The Girl with No Hands and Other Tales, the WFA-shortlisted Sourdough and Other Stories, and the new collection/mosaic novel (with Lisa L Hannett), Midnight and Moonshine (which is up for a heap of awards this year). She has a British Fantasy Award for “The Coffin-Maker’s Daughter” (A Book of Horrors, Stephen Jones ed.). Angela also has a PhD in Creative Writing and is one of the nicest and most generous writers I know.

It’s always the worry that something’s not good enough. That you’ve lavished all your love, attention and care on it, that you’ve flensed and polished it until it looks like a slightly evil supermodel, but that when it’s out in the public gaze someone will find a fault you didn’t see. And I don’t mean ‘matter of differing taste’ kind of fault, I mean a massive ‘plot hole you could drive a truck through’ kind of fault.

And there’s that moment when you’ve been writing something you’re enjoying, the words are flowing, you think it’s a great idea … then you start to over-think it … and suddenly there’s a blemish on your story, just a little one … then you ponder a bit more, darkly this time, and the blemish becomes a gigantic stain that creeps across the entire canvas … before you know it your lovely idea, your glorious writing is the picture of Dorian Gray with a hangover. The only answer is to write on through it, finish the damned thing, then put it in the bottom drawer for a week or so to let it rest and settle. Do other projects so your mind isn’t picking at the perceived flaws of this thing you are now convinced is the ugliest baby on the planet – come back to it when your mind is calm (and sane).

Then there’s the stuff you only have so much control over. You can proofread and edit your stuff until the cows come home; you can turn in a near-perfect piece, but if your editor misses the only spelling mistake you left there or – worse still – inserts some new ones for you in the final typesetting, there’s not much you can do about it. I’ve found spelling mistakes in books that I corrected three times on proofs. It’s the sort of stuff that is out of your hands. But is extremely frustrating. 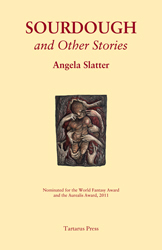 I guess I’ve always kept track by the quality of markets my work’s being published in – you shift from the ‘for attention’ to the twenty dollar markets, up to the higher paying, higher visibility/broader readership markets. When I started to get invited to do high profile anthologies I breathed a sigh of relief because it showed that what I was writing wasn’t just disappearing into the Great Black Hole of Indifference that we all sometimes think we’re throwing work into.

Awards are nice – but I don’t judge my success by whether I get any or not. I’ve blogged about this a few times and it basically comes down to the fact that an award is something you cannot control because it’s based on other people’s opinions and tastes. Awards are nice things to round out your marketing, but i I win or do not win an award, that doesn’t tell me I’m a better or a worse writer. If you write in the hope of validation by award, then you should stop right now! Getting on a shortlist is always a nice surprise, too, but it should never be an expectation – no more than winning should be an expectation. You see all these writers, some Very Important Writers, at awards ceremonies with pinched faces and mouths like they’ve sucked on lemons, all because they haven’t won an award – really??!! Be gracious, be optimistic but not expectant, and be gracious when someone else wins! It’s awards season again and I’m hearing a lot of crazy crap that makes me roll my eyes.

I guess the next markers for me are finishing and publishing my first novel Hallowmass, getting the Bitterwood Bible collection published, then starting on new novels, getting some of my work translated into other forms (films, etc). My main marker of success is producing quality work, not just flooding the market with mediocre crap just to keep my name out there – because if the work isn’t good then readers won’t associate me with quality stories they want to read. The better the quality and the more attention you pay to your writing, the better the markets you get accepted into – and eventually invited into. 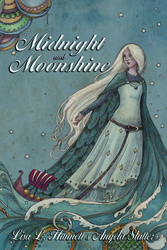 I don’t envy anyone – what good would that do me? Envy is a wasteful emotion based in insecurity – yes, that’s a life lesson, not just a writing lesson. Comparing yourself to other people is destructive and a waste of time. When you look at successful writers, you need to remember that they had to do the hard yards before they were successful – there are no easy rides in this business. Everyone suffered rejections of novels they’d lavished attention on; everyone has had to do jobs they’ve hated just to make ends meet; but every successful writer has kept on writing. That’s the secret: keep writing, keep learning, keep improving.

By all means look at successful writers and learn from them – that’s what they’re there for, to act as models of ‘here’s one we prepared earlier’, rather than ‘oh, I wish I was [insert name here], I’ll never be as good as her/him, wah-wah-wah!’

Never stop learning – at no point in your career should you think ‘I know it all – no one can tell me anything!’ There’s always something new to learn or something to re-learn that you’ve started taking for granted and kind of forgotten.

So, envy no one, learn from everyone.

I hope you lot are enjoying this series as much as I am. My heartfelt thanks to Kaaron Warren, Jo Anderton and Angela Slatter. Next week I’ll post the remaining three generous contributors, Lisa L Hannett, Trudi Canavan and Margo Lanagan.