I’ve got a very exciting series of guests posts coming up over the next week or so. It’s award season at the moment and lots of very deserving people are having their wonderful work recognised with nominations and wins of some of Australia’s (and the world’s) most prestigious prizes. But something I’ve noticed a lot is that no matter how successful a writer may be (in terms of publications, awards or anything else), they always worry that they’re not good enough, or that there are career heights they’ve yet to scale. It’s been said many times that the day you stop worrying about whether or not you’re good enough is the day you’ve lost your passion. So I thought to myself, there are some amazingly talented, successful and well-rewarded writers in Australia who probably feel this way too. And if you’re a writer of any level, be it newly emerging or well-established, it’s always good to hear that stuff. It’s good to be reminded that you’re not alone in your insecurities. I certainly like to know that it’s not just me who lies awake at night, terrified that tomorrow everyone will realise I’m a hack!

So I’ve asked five of Australia’s most successful writers (and people I’m lucky enough to call my friends) to answer three simple questions. I’ll be posting up their responses over the next week or so. The incredibly generous respondents are Kaaron Warren, Jo Anderton, Lisa L Hannett, Angela Slatter and Margo Lanagan. Seriously, between them these writers have nominations or wins in just about every genre writing award you can think of, not to mention heaps of amazing publications, all of which you should check out if you haven’t already. 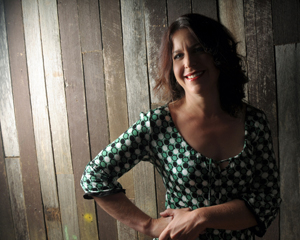 First up, it’s Kaaron Warren. Kaaron started sending stories out when she was about 23, and sold her first one, “White Bed””, in 1993. Since then she’s sold about 70 short stories, three short story collections and three novels.

On top of that amazing publication record, Kaaron has won numerous awards and is currently sitting on ten nominations across the Aurealis, Ditmar and Australian Shadows Awards for this year, a personal record number of nominations in a single year.

I’m still sure that one day someone will say, “You do realise it’s all been an elaborate joke we’ve played on you? You’re a crap writer and no one has ever liked anything you’ve ever written.” Imposter syndrome, writ large. Every new story or novel brings the same fear; that people will hate it, misunderstand it, use it to judge me on all I’ve written in the past.

Even so, I keep going, because I love to write. That’s often the only thing that keeps me going. My response to negative feelings is to write the crap out of the story, produce words I want to read back.

Even if everybody else hates them. 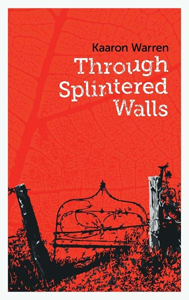 I admire Margo [Lanagan] greatly, because to me she has managed her career so very well. She garners huge respect and adoration, yet remains so approachable and fun to be around.

I envy those who write the work they want to write and find a market and a large audience for it.

I admire Margaret Atwood and Elizabeth Jolley, for remaining passionate about their work and writing insightful, harsh, good work, rather than sinking into decline.

I envy those who seem to effortlessly hit the best seller lists and are interviewed in the Guardian and sound intelligent, creative and amusing.

I envy those who are really good on Twitter.