Writing isn’t always sunshine and rainbows, but at least there are video games – Guest post from Jo Anderton

I host a guest post on this here blog from time to time for various reasons. This one is from my friend and amazing writer, Jo Anderton. Jo’s new book, Guardian (Book 3 of The Veiled Worlds), the final book of the trilogy, is out TOMORROW! It’s a fantastic series and so worth your time and effort. Meanwhile, Jo’s been very honest about what it’s really like to be a writer sometimes and I couldn’t agree with this post more. – Alan

Writing isn’t always sunshine and rainbows, but at least there are video games 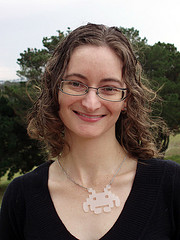 I’ve never liked the term “writer’s block”. Even now, I’m not keen on it. Writer’s block sounds like a plumbing problem, with a quick and easy answer possibly involving a plunger. I prefer writer’s “there’s stuff going on and it kinda sucks so let’s learn to be gentle to ourselves, yeah?” Experience has taught me this. Although I admit it’s not as catchy.

There was a lot of that “stuff” going on in my life last year. Some of it was writing related. Some of it was real life related. All of it sucked, and it got in the way, and my writing just… stopped.

This had never happened to me before, and it was awful.

There was a long while when I couldn’t have written those words. I’m still tempted to delete them. I didn’t talk about them either, except to my closest writing friends, the ones who would really understand. For everyone else I plastered on the smile, posted on Facebook and tweeted on Twitter, went to work, and neatly changed the subject if writing or stories or books came up. It wasn’t that I didn’t want to write. I had ideas, I had plans. I even had deadlines. But every time I sat down and managed to squeeze words out onto the keyboard, I hated them. And I mean that in the absolute ugliest sense of the word. I loathed every single thing I came up with, with all my body and soul. They made me sick. They made me angry. They made me cry.

So I gave up trying.

At the time, I thought this made me useless and pointless and absolutely not a writer. But now, I think it’s the best thing I could have done. I let it all go, stopped hating on myself, and found a distraction. In video games. In the Giant Bomb 2009 Persona 4 Endurance Run, to be precise.

Video games have been a distraction of choice for some time now, but this was different. For one thing, there wasn’t any actual playing involved. Instead, hubby and I were absolutely addicted to a video of a couple of blokes playing a long, complicated game that we had already played. Yes, you heard me. We played Persona 4 ages ago and loved it. We knew all the plot twists, how to get the true ending, and when not to cast bufu. We can fuse personas like a boss, sing the Japanese Junes jingle, and spent way too much money in Tokyo on merchandise.

So why the addiction? Jeff and Vinnie from Giant Bomb are hilarious to listen to, so that definitely helped, but I don’t think that quite explains it. At least not for me. It was… comforting. Does that sound strange? Because we’d already been there, explored the world, and knew the characters so well, it felt a little like coming home. 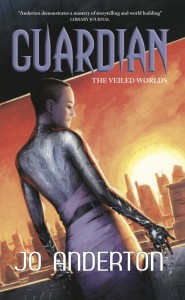 Every day, for at least a couple of months, when I wasn’t at work or forced to leave the house for some other “real life” reason, we sat on the couch and watched the boys from Giant Bomb play Persona 4. At first, I felt awfully guilty about it. I mean, can you think of a lazier thing to do? So I fought the addiction, tried to write, failed, and ended up back on the couch feeling miserable. But after a while, I just gave myself permission to rest, and enjoy it.

That’s where my whole “there’s stuff going on and it kinda sucks so let’s learn to be gentle to ourselves” came in. I stopped being so damned hard on myself. I’m not a blocked drain that needs chemicals or plungers or whatever it takes to get moving again (and this is the last time I use that analogy!). I needed rest, or healing, or something like that, and the Giant Bomb endurance run was the form my healing took.

So that’s what we did, and it worked. I came out the other side of those 155 videos feeling refreshed and ready to write again. I have a few theories as to why. First and foremost, I needed to stop, and I gave myself permission to do so. I know I keep repeating this but I think it’s vital. There’s a lot of advice out there for writers, and one that gets repeated a lot is the whole “write everyday” thing. I agree with this to some extent – not necessarily that you have to write everyday, but rather the message that dedication and routine are essential. However, I now believe that you also need to know when not to write (and learn to tell the difference between laziness, and a genuine need to take time out, or refresh the creativity well).

Second, my writing break had time constraints. I only stopped long enough to watch the endurance run, beginning to end. Which is a considerable amount of time, I am aware of that! But my point is that it wasn’t indefinite. It was a nice, neat little package of downtime. When I was finished with it, I could tape it up, put it away, and get back to normal.

Last but not least is that whole “coming home” thing. I didn’t just mope around feeling awful, but I totally indulged in something that might sound strange to other people, but made me happy. No stresses, no pressure – I wasn’t even doing the playing! I just sunk back into a world I knew and loved, and enjoyed watching other people experience it for the first time.