Every once in a while a book comes along that really changes the world. I’m not talking about publishing phenomenons like the Harry Potter books or John Grisham’s superselling novels. I’m talking about a book that stops the world in its tracks and makes everyone perform an intellectual backflip. 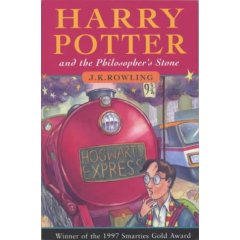 Not a world changing book – just a lesson in Marketing excellence

One of those books, without a doubt, is Charles Darwin’s On the Origin Of Species. Whether the backflip performed is one of outrage like the Creationists, who refuse to accept its message while happily believing a work of fiction constructed by countless, agenda-driven authors and editors over centuries, or a backflip of intellectual realisation in agreement with Darwin’s theories, the impact is no less massive.

Why am I ranting on about this? Do I need a reason? It’s a great book. But, as it happens, I do have a reason. The new NSW State Librarian, Regina Sutton, has just made her first purchase for the State Library of NSW and it’s a doozy. A first edition of Darwin’s On the Origins of Species (or On the Origin of Species by Means of Natural Selection, or the Preservation of Favoured Races in the Struggle for Life to give it its full title), one of only 1,250 printed in 1859. As an original it is without the later annotations that Darwin added in an effort to appease all the religious hullabaloo.

Sutton got the book at auction in London and paid the equivalent of AU$191,000 for it. That’s quite a price tag. If you want to read it yourself, you don’t need to remortgage your house. You can get a free read online.

Incidentally, following on from a recent post on The Word identifying a number of famous quotes that were never actually uttered by the people they are credited to, a big one exists in association with Charles Darwin. He didn’t write the famous “survival of the fittest” quote. An economist named Herbert Spencer coined that phrase. 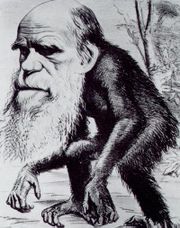