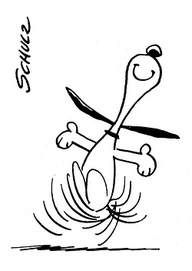 Well, I actually co-won in a dead heat with Zena Shapter. The Australian Horror Writers’ Association (AHWA) runs a competition every year for both short stories (1,000 to 8,000 words) and flash fiction (up to 1,000 words). You may remember that last year I was a judge along with Felicity Dowker and Jason Fischer. I thought I should really enter the competition that is run by the association I’m a member of and that I’ve judged in the past, so this year I entered both the short story and flash categories. I couldn’t be happier that my story, It’s Always the Children Who Suffer, was picked as a joint winner with Zena’s story, Darker. I also scored an Honourable Mention in the Flash category. Pretty bloody good all around!

Here are all the winners and HMs:

Martin Livings, the competition manager, did a great job. The comp is judged blind, so all stories go to Martin first and he strips them of all identifying marks so the judges get nothing but a story and judge each one on merit alone. Martin also figured out some stats on the competition. The stat I was most pleased to see was the Entries by Gender one. In a field so historically dominated by male writers, it was great to see not only a joint decision with a man and a woman picked as the short story winners, but according to Martin’s stats, entries were split male/female as 58% / 42%. That’s not bad and it’s great to see. Australia has a fantastic tradition of women horror writers (Kaaron Warren, Angela Slatter, Joanne Anderton, Felicity Dowker, et al), and it’s great to see that reflected in stats like these.

Lastly, I want to thank my four year old niece, Malina Cootes. We all know that kids come out with the weirdest shit, and my winning story was inspired by something Malina said, as reported to me by her mum. She woke up one night, very upset from a nightmare. When her mum went to comfort her, Malina said, “There’s a dream in my bed!”

And a story was born. And it won the AHWA Short Story competition. Thanks, Malina!

The three winning stories will be published in a future issue of Midnight Echo magazine, so I’ll be sure to let you know when that’s out.

Now excuse me while I Snoopy Dance.