I won the 2015 Paul Haines Award for Long Fiction 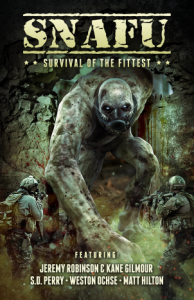 I’m still in mild shock, but absolutely chuffed. The Australian Shadows Awards winners were announced last night and I won the Paul Haines Award For Long Fiction for my novella, “In Vaulted Halls Entombed”, which was published in the SNAFU: Survival of the Fittest anthology, published by Cohesion Press.

Holy shit! To be nominated for these awards was awesome. To be nominated in the one named after my buddy, Paul Haines, was especially cool. To win it is more special than I can really convey. I wish Paul was still around to celebrate with me, but in the circumstances this is about as sweet as it gets. And huge thanks to Geoff Brown at Cohesion Press for publishing this story.

Here’s the official announcement from the awards ceremony:

Our next award is the Paul Haines Award for Long Fiction (novella). The award is named in memory of one of the association’s most generous, talented and respected author’s Paul Haines. If you’ve never read his work, go do so now (well, after the awards) and if you’ve got a glass nearby raise one with us now.

This year’s winning entry really embodies the soul, energy and nightmare inducing imagery that would have come straight from the mind of Mr Haines. We believe he would have approved.

And the winner is…

That’s so cool I can hardly believe.

Congratulations to all the winners and nominees, and huge thanks to the AHWA and for hard work of all the judges.

And if you haven’t read any of the winning publications, I suggest you rectify that ASAP! Apart from my own story, everything listed above is well worth your time and money.