To Luntz, the art of bending truth with words

Have you ever wondered just how much word choice can affect perception? Obviously, the greatest writers are the ones that can say exactly what they mean with perfect clarity. Check out the quote from Mark Twain at the top of my sidebar on the right – he says it better than I can, naturally.

The other side of that talent is the ability to say exactly what you want people to hear without any clarity at all. This is the usual skill of the most successful politicians, religious leaders and salesmen.

That being the case, their King, Master of the Bullshit Spin, would have to be Frank Luntz. Luntz is a forty five year old American “celebrity pollster”. He has spent fifteen years advising a number of governments and other luminaries on the best way to get what they want by saying the right thing. 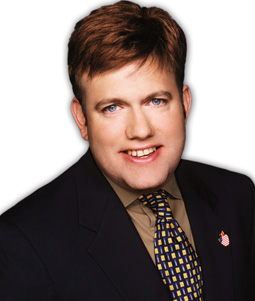 Frank Luntz – if he was plural, it would be rhyming slang

For example, it was Luntz that suggested that oil drilling should be referred to as “exploring for energy”. More of his spins include the ever more common phrase “climate change” in reference to global warming. After all, global warming sounds altogether too catastrophic. Naturally, there’s a reason for that; it is bloody catastrophic. But change the phrasing to “climate change” and it almost sounds positive. Luntz considers it less “hysterical”. If wordsmithery is the Jedi skill of writers and orators, Frank Luntz is the Overlord of the Dark Side. A WordSith.

Luntz has advised US and British Governments, both incumbent and opposition. He published a book about his craft called Words That Work: It’s Not What You Say, It’s What People Hear. He has no shame at all. The phrase “Luntz-speak” has become a synonym for lying in US government circles.

Completely incidental and irrelevant, Luntz’s father, Lester L Luntz (The Alliterative Man) was a pioneer in the discipline of forensic dentistry. The father used his powers for good, it would seem.

Comparisons have been made to George Orwell’s Newspeak from the apocalyptic novel 1984. Luntz even put a good spin on that. He suggested that to be considered Orwellian “is to speak with absolute clarity, to be succinct, to explain what the event is, to talk about what triggers something happening… and to do so without any pejorative whatsoever.” Samantha Bee on The Daily Show had it right when she said that Luntz had made a career out of “spraying perfume on dog turds”. 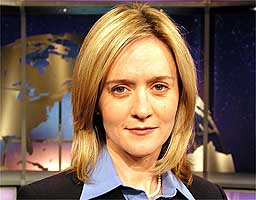 Sometimes, Luntz will simply tell the complete opposite of the truth and claim it to be clearer. For example, Luntz is credited with coining the term “Healthy Forests Initiative” for policies by the Bush administration that favour expanded logging activities.

Asked if he accepts any responsibility for the outcomes of his suggestions, Luntz-speak provides the answer. “A pollster doesn’t enact public policy. A pollster impacts public communication. I make language recommendations.” He even has the gall to say, “Even the best language will not effectively sell a bad policy.” I can’t help wondering how he sleeps at night, trying to convince himself that these words are true. Then again, perhaps he doesn’t sleep at night. Perhaps he hangs from the rafters, drinking the blood of unbaptised babies.

You can learn more at Wikipedia and www.luntzspeak.com.