The story’s the thing and the meaning of words

I like words. That much is blatantly obvious to anyone who knows me and most who don’t. Language, words and stories are the foundation of everything we’ve become as a cultural animal. Language and words evolve too. You might hate it when people say arks instead of ask, as in, “Can I arks you a question?” To which you reply, “You just did, now go back to fucking school!” But you’d be wrong, kinda. The modern dialectal “ax” is as old as Old English “acsian” and was an accepted literary variant until c.1600. So “arks” is closer to the old version than “ask”. Although the word does derive from the Old English “ascian” (not the variant “acsian”), so the correct word has always been “ask” really. Anyway, I’m rambling like an old man on a day trip from the care home. My point is that language evolves and changes.

It can be upsetting sometimes, when we feel like language is dying or being killed off by the uneducated youth of today. But it’s not. It’s an organic thing, doing what it’s always done. After all, you don’t call a happy man gay any more. Unless he’s happy and likes cock, then it’s okay. And you could call him gay even if he was unhappy. Woah, this crazy thing called language! 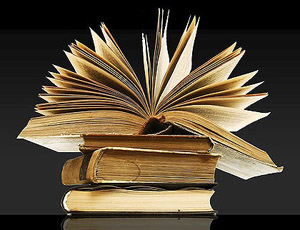 So I got to thinking about the nature of storytelling, as that’s my thang, and how it’s changing. And, by extension, how the language around storytelling is changing. It came up when I was sitting on the couch with my Kindle the other day and my wife called out from the other room, “What are you doing?”

I panicked and quickly checked that I wasn’t up to something, but rallied and replied, “Just reading a book… er, novel.”

And it surprised me. I was reading a book. Albeit an ebook. It was a novel. I could as easily have been reading a short story, novella or saved web page on my Kindle. I should have simply replied, “Just reading.” But it was out there. I was etymologically stunned for a moment. Why had I corrected myself? I wondered if the word “book” would change in meaning. At what point might it refer only to an actual paper and pages physical book? Would that ever happen? Would we then refer to ebooks by their type – novel, novella, collection and so on?

Let’s look at some definitions (all from dictionary.com):

book
noun
1. a written or printed work of fiction or nonfiction, usually on sheets of paper fastened or bound together within covers.
2. a number of sheets of blank or ruled paper bound together for writing, recording business transactions, etc.
3. a division of a literary work, especially one of the larger divisions.

While “a written… work” is primary, the bit “usually on sheets of paper fastened or bound together within covers” is a key part of the definition. It seems that book applies to the artefact as much, if not more than, the content. That’s why we specify ebook when we’re referring to an electronic copy.

So perhaps it’s better, when reading on my Kindle, to say, “I’m reading a novel.” I don’t think I’ll ever say, “I’m reading an ebook”, as it seems irrelevant in some way. It’s not a papery artefact, so I don’t say “book”. The fact that it’s an ebook does little to impart what I’m actually reading. 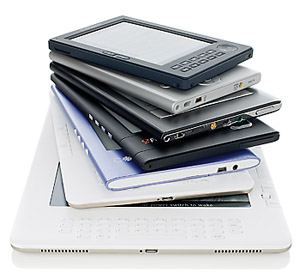 So that definitely describes better what activity I’m engaged in. Of course, I could say that I’m reading a story.

story
noun
1. a narrative, either true or fictitious, in prose or verse, designed to interest, amuse, or instruct the hearer or reader; tale.
2. a fictitious tale, shorter and less elaborate than a novel.
3. such narratives or tales as a branch of literature: song and story.
4. the plot or succession of incidents of a novel, poem, drama, etc.: The characterizations were good, but the story was weak.
5. a narration of an incident or a series of events or an example of these that is or may be narrated, as an anecdote, joke, etc.

This would work well if I was reading a short story, collection or anthology. But, as you can see from the definition, it doesn’t really work linguistically in terms of a novel. It’s come to indicate something shorter.

Of course, when reading a short or a novel, we’re absolutely enjoying a story. After all, regardless of the delivery system, the story’s the thing. That’s what we’re there for. When it comes to my own work, much as I love the beautiful artefact that is a paper book, all I’m really interested in is people reading my stories, be they short or novel. Read them on paper, ereader, computer screen, whatever. I don’t care. You could read them transcribed in felt pen on a hooker’s breasts for all I care, as long as you’re enjoying the story. And now I have this urge, at some point in my life, to read a story written on a hooker’s breasts. Ah well, something else for the bucket list.

So have I solved the conundrum? Actually, no. Because what if I’m reading a non-fiction work on my Kindle. It’s an ebook, so not a book in the artefect sense. But it’s not a novel either. Maybe I could then say, “I’m reading a book about literature on hookers’ breasts in the early twenty first century.”

My wife would come stumbling into the room saying, “What!? I haven’t seen a book like that lying around.”