Where do I even begin? I decided last year that I want to go to at least one convention outside Australia every year. I chose to start that tradition with a visit to StokerCon, the official convention of the Horror Writer’s Association. A few things made me choose this – one was my pal from NZ, Lee Murray. She’s been kicking my arse to go to a StokerCon for ages. Another was that it was to be held in Providence, which is Lovecraft country, and that Providence is close to New York City, and I’ve always wanted to go there. Then the guest list tipped me over the edge.

The con was absolutely fantastic. Full credit to James Chambers and the committee for putting on an amazing weekend of panels and events, including the Bram Stoker Awards ceremony and banquet, that was heaps of fun. I got be on a few panels – one on Knock Out Fight Scenes, with Teel James Glenn, James A Moore, J H Moncrieff, and Tim Waggoner, ably moderated by Lee Murray. That was a great and vibrant discussion with lots of different viewpoints.

Then I was on a panel called Beyond The Borders: Writing and Reading Outside the US, which was fascinating fun and I got to share a space with the legendary Ramsey Campbell! Also on the panel were Chris Marrs and Lee Murray, with my other NZ pal Dan Rabarts doing the moderating.

Later on I got do a reading and it was an absolute pleasure to share that spot with Paul Tremblay, a writer I’ve long admired, and S K Nash. I read from HIDDEN CITY which had just come out the week before.

Then on the Saturday I moderated a panel called How To Choose Good Markets, with Meghan Arcuri-Moran, Jennifer Brozek, Erik T Johnson, Brian Kirk, and Jeff Strand. That was another interesting and vibrant discussion. None of these things were really long enough, we could have discussed all of them for twice as long, but that’s often the way with good convention panels.

While those were the things I was booked in for, I attended a heap of other panels and events, far too many to list. Among my favourites were the Monster Mash with all the Guests of Honour, the Paperbacks From Hell presentation by Grady Hendrix, who also won the Stoker for that amazing book, and the Stoker Awards ceremony itself. I got to hang out with so many cool people. With that in mind, here’s an attempt to recognise everyone who made this such a wonderful trip for me:

Huge thanks especially to Lee Murray for kicking my arse, and to David Murray for hanging out with all us crazy writers. And to Dan Rabarts for completing the Antipodean writing trio at StokerCon. I’m so glad I got to share the experience with you guys.

Massive shout out to everyone else who’s part of this incredibly friendly and talented tribe, many I met for the first time, some I knew well online and finally connected with in meatspace, and many more I have the pleasure of calling my new friends. Especially thanks to David Wood, who wasn’t at the con but met me in NY afterwards and showed me around. We’ve been friends for over a decade, written four books together so far, and finally met in person. What a great guy. And we talked about our next book, the sequel to Primordial. Watch this space.

Huge thanks to Paul Tremblay, for his friendship and a fantastic guided tour of Providence. Always an advantage to have local knowledge. It was great to share a reading panel with Paul (and with S K Nash). To Victor LaValle, an absolute gentleman who I’ve long admired and I’m so glad to have met. And now I have a signed hardcover of The Changeling. Ellen Datlow, always great to talk to and so generous to invite me to the SF panel in New York after StokerCon, which was a fantastic night and I got to meet Samuel R Delany. Bracken McLeod, who’s work I’ve long admired and with whom I shared a unique late night rescue mission! To James A Moore, another pal I’ve known online for a long time and had the absolute pleasure of spending a lot of time with at the con. A smart and talented man. Tim Waggoner, again someone I’ve known fora while online and who was kind enough to say wonderful things in a blurb of HIDDEN CITY. It was a pleasure to be able to give him a copy by way of thanks.

I took loads of photos. If you’re friends with me on Facebook, I’ve put an album there. If not, here’s a key few to give you a flavour: 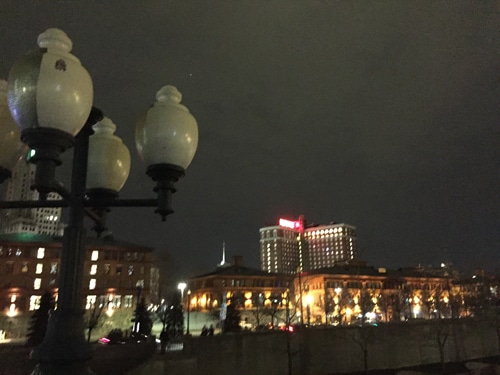 My first sighting of the Biltmore Hotel, from across the river. 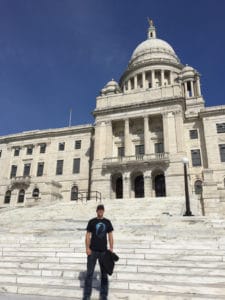 The day before the con I visited the Providence Capitol building. 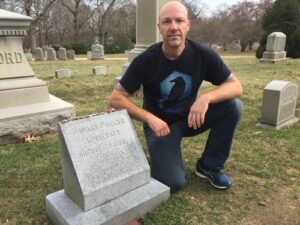 And then me and Dan Rabarts made the pilgrimage to the grave of H P Lovecraft in Swan Point Cemetery. 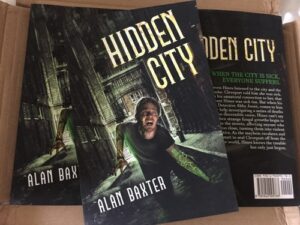 When I got back, the first copies of HIDDEN CITY had arrived. It was published less than a week before. 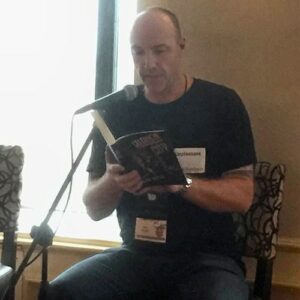 I did a reading from HIDDEN CITY, which seemed to go well. 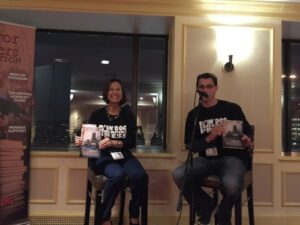 Here’s Lee Murray and Dan Rabarts reading from Hounds of the Underworld. 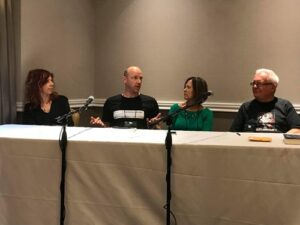 I got to be on a panel with living legend, Ramsey Campbell. (Also legends Chris Marrs and Lee Murray.) 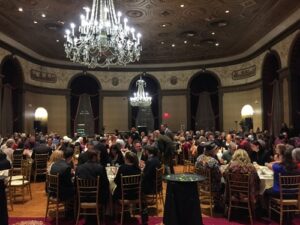 Here’s the Stoker Awards Banquet in the Biltmore Ballroom. A great night! 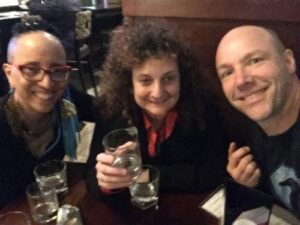 Here I am with wonderful humans Linda Addison and Ellen Datlow. 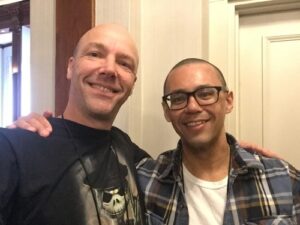 Me and Victor LaValle. 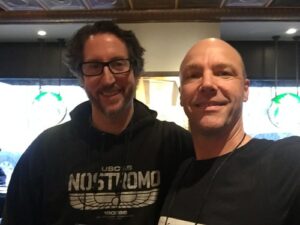 Me and Paul Tremblay. 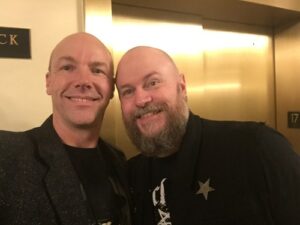 Me and Bracken McLeod. 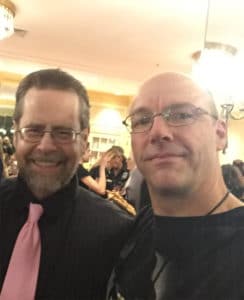 Me and James A Moore. 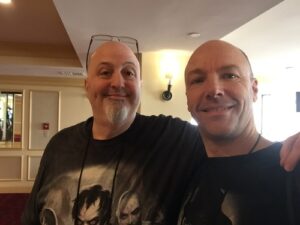 Me and John F D Taff. 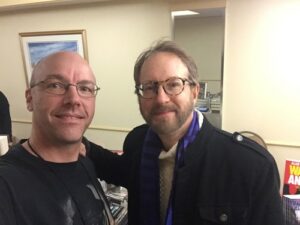 Me and Danel Olson. 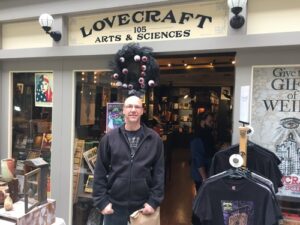 On the tour of Providence with Paul Tremblay, this shop was great.

Outside the Fleur-de-Lys house, the house that H P Lovecraft made the residence of his character Henry Anthony Wilcox, in “The Call of Cthulhu”. 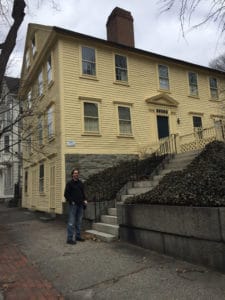 Paul Tremblay outside the house that Lovecraft used for his story, “The Shunned House”. Apparently, in his time, Lovecraft’s aunts lived there.

So that’s that! So much more happens at a con than could ever be adequately covered in a blog post, but hopefully this gives a good idea of how things went. I had a truly fantastic time and can’t wait to go again.