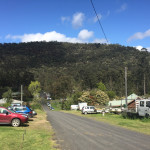 A shot across St Alban’s.

I had a wonderful time this past weekend at the inaugural St Alban’s Writers’ Festival. It was held in the remote(ish) St Alban’s village, on the banks of the MacDonald River in NSW. So remote there was no phone service – it was like being a caveman, with only occasional spots of wifi scattered here and there. Honestly, I thought we were going to have to hunt our own mammoth for food. But it was pretty cool to be removed from everything except the Festival, and that was only one of its charms. 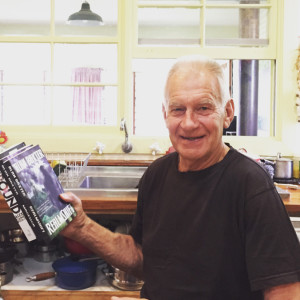 I was very kindly hosted by a fellow called Pierre Stockx, who put me up in his guest room on a 160 acre beef cattle farm. He was the consummate host and made me fry-ups both mornings. You can’t ask for a better billet than that.

Everything was expertly managed by Catherine du Peloux Menagé and her tremendous team. The panels and events were varied and interesting and, as far as I can tell, everything ran like clockwork. I was on a panel about speculative fiction with Traci Harding, Bruce McCabe and Mitchell Hogan, where we established ourselves as the “What if?” crowd. I like that description of spec fic writers – it makes us sound kind of important. 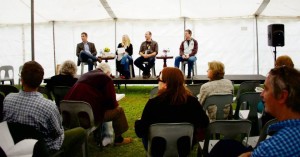 One of the highlights for me was the opening on the Saturday morning where they arranged a Welcome to Country smoking ceremony, conducted by Col Lyons, an indigenous local. It was a spinetingling moment as the smoke was climbing out of the valley and the didgeridoo and clap sticks were echoing back off the sandstone walls. St Alban’s is on Darkinjung land. 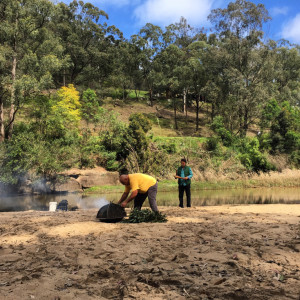 Col Lyons (in the yellow shirt) doing the Welcome to Country smoking ceremony.

Another high point for me was a panel on crime fiction with Michael Robotham, Barry Maitland, Nigel Bartlett and P M Newton. It was a fascinating discussion of process and method, but the best bit for me was when an audience member asked if writing crime was adding to the social phenomenon of “crime hysteria” in the mainstream media. Michael Robotham’s answer was brilliant, wherein he suggested that crime writers are no different to people writing ghost stories, tapping into primal fears in order to examine those fears. Then he said, to paraphrase, that maybe people shouldn’t ask why people write crime but why readers read it. Great answer.