Robert Hoge is a good friend of mine, a top bloke and a great writer. We were having a conversation with other friends a little while ago and the subject of social media engagement and book promotion came up. Rob is very savvy about that stuff and he promised to put his thoughts on the subject together. When he did, I found I agreed with him pretty much 100%. So, as I know a lot of writers read my blog, I asked if I could steal his thoughts and spread them out for everyone to consume, like a mass picnic of Rob’s brainmeats. He said yes. I told you he was a top bloke. So here you go:

There are a few simple tips for authors trying to get the best from their social media presence.

There are some good guides out there. I like “Your First 1000 Copies” by Tim Grahl but there’s a lot of stuff available on the web for free. Much of this is geared towards non-fiction writing but with some creativity it can be applied to fiction just as easily. You just need to have something to say.

Have something to say. The most important thing you can do – whatever the channel – is create content that is engaging and adds value. The biggest commitment you’re asking from potential readers is not a commitment of dollars; it’s a commitment of time and attention. Reward their attention with smart, funny, engaging content that adds value to their lives and does more than just ask them to buy your book because it’s cheaper now.

Offer value by talking about stuff that relates to your work but isn’t your work. Establish a relationship with people on social media by consistently being interesting and adding value to their experience. Be real. When the time is right ask them to buy (read) your work. You’re creative people. Be creative. 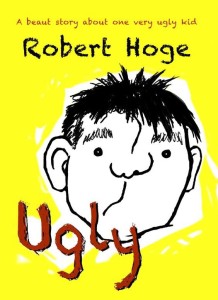 Be on Facebook. A lot of readers are on Facebook, as are publishers, reviewers and bookstores. If you want to market yourself to readers through social media, you should have some presence there. When you follow the advice in tip one, the network effects are tremendous.

Be on Twitter. Twitter is a great place to converse and its network effects can sometimes be much greater than Facebook’s. All the points in tip one still apply, plus you get to hone your writing skills by making Tweets sing in 140 characters.

Check out www.analytics.twitter.com to start looking at some details of your tweets and what engagement they get. A post on your Facebook fan page remains there for potential new readers to see for quite a while. A tweet will be gone pretty quickly.

If you enjoy other channels, go wild. If you’re great at photos, hang out on Instagram. If you love reviewing, engage an audience on Goodreads. Just be engaging and add value in a way that’s interesting.

I’d discourage you from posting the same content on multiple channels all the time. To me it shows you’re not interested in engaging in a way that suits a particular channel. And if a reader who likes you on Facebook or Twitter decides to checks you out on Instagram hoping to see new content and just sees the same old stuff, do you think they’ll be more or less inclined to follow you on that new channel? By all means, do it sometimes (maybe one post in 10) but doing it all the time is a turn-off. Instead work out how you can leverage different opportunities across channels to serve each other. 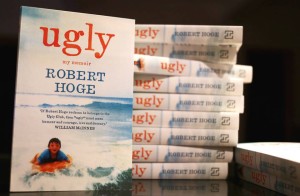 Mobile, mobile, mobile. More and more web content is being served to mobile devices. Facebook knows this and Google knows this and they’re already starting to reward websites that are optimized for mobile. Make sure your website and content is optimized for mobile delivery. Google it. [I’m in the process of updating this website to a mobile friendly format right now. It’s really important these days! – Alan]

Don’t market solely on price drops. This is a really common social media error. If a reader can afford to spend $2.99 on a book, they can probably afford to spend $4.99. When you market solely on price you forget the other thing you’re asking the reader to give you – their time. The value of your work is not in its price. Mention a price drop, by all means, but find something else to talk about too. Why should a potential reader think your 93,000 word novel can hold their attention, when your 18 word tweet barely can?

A lot of writers spend a lot of time on social media talking to other writers about writing (ahem). It’s fine networking and chatting with mates. But don’t confuse that with marketing your books. Readers don’t care. It doesn’t count as reader engagement.

My personal experience is that engaging with potential readers one-on-one, in-person or over email is a really powerful tool. It’s not time effective but for me it has been really rewarding and it has helped convert fans to influencers. Just be careful how you invest your time. 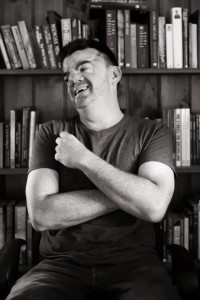 Robert Hoge has managed social media for the Queensland Government and Virgin Australia. Mostly though he uses it to talk to people about writing, disability and whatever else takes his fancy. He’s written a memoir, Ugly, about growing up disabled and different. You can find him on Twitter and on Facebook.