I recently did a video Skype chat with the wonderful Joanna Penn, of The Creative Penn website. Jo is also an accomplished thriller writer, but in this interview (which I’ll link here when it’s posted to YouTube in a few weeks) we were talking about the art and craft of short stories. When Jo asked me who I’d recommend people read to get a good taste of short fiction, I rattled off a bunch of names, then said, “You know what? I’ll blog a list and you can link to that.” Because there are just so many. And this is that blog post. It’s certainly not exhaustive. I know damned well I’m going to miss people who should absolutely be included, but I will come back and periodically update it. (If I’ve made any egregious omissions, especially friends, mea culpa! It was hard to gather all these into one place.) And, given it’s my list, it’s unashamedly weighted to the SF/F/H end of things, but not entirely. 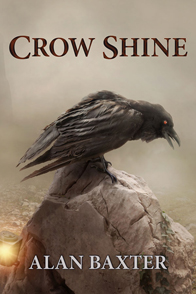 I’m going to make the list in three parts. First of all, the old classics – stuff from before the turn of the century that people really should check out (some of them still writing today). Then I’ll list the great Antipodeans – that’s writers from Australia and New Zealand – and then I’ll list everyone else. It’ll be mostly a long list of names, but where I’ve particularly enjoyed an author’s short fiction collection, I’ll put that beside their name. Though be sure to read all you can by all these authors.

Before the list starts, it’s my blog, so I get to plug me. My own collection of short stories, Crow Shine, is being published by Ticonderoga Publications in November. I’m so excited to finally have my own collection coming out! It’ll be published in paperback, hardcover and limited edition hardcover (limited to 100 signed and numbered editions), and ebook. The pre-order page for the three print editions is up now, so if you want to get in early, especially if you’re keen for a limited edition EDIT: It’s out now, all the details here. EDIT EDIT: My second collection of short fiction, Served Cold, is also out now – details here.

And now, the lists (alphabetical by surname):

The Old School – the greats from before

Clive Barker – all volumes of The Books of Blood are essential reading.

Shirley Jackson – The Lottery and Other Stories

Joanne Anderton – The Bone Chime Song and Other Stories

Martin Livings – Living With The Dead

Andrew McKiernan – Last Year, When We Were Young

Angela Slatter – Sourdough and Other Stories

Laird Barron – The Beautiful Thing That Awaits Us All

Ted Chiang – Stories of Your Life and Others

There really are so many great short story writers out there and I know this isn’t close to all of them. I also know I’ve missed some that I would like to include, and as they occur to me, I’ll come back and add them to this list. There are many not included simply because I haven’t read their work yet, though I’m sure they’re amazing. Everyone above is a writer I’ve personally read and loved, so I’m sharing that love. I’m sure you’ll find authors here that will blow your mind, so get to it!