Scrotum, a word too far for kids?

Susan Patron was on a roll. An author and librarian, she wrote a book for nine to twelve year olds called The Higher Power Of Lucky. It got a decent print run of 10,000 copies to start off with. Then it won the Newbury Medal, considered to be the most prestigious literary award for Children’s Literature in the US. Another 100,000 copies were quickly printed and rushed out. 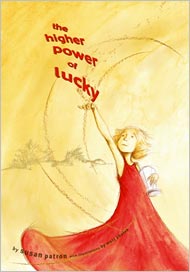 The Higher Power Of Lucky

Then all hell broke loose. Why? Because she had the outrageous gall to use a real word. The word in question is scrotum. By anyone’s standards that’s a good word. It’s got substance to it. Patron describes it beautifully in the book:

“Scrotum sounded to Lucky like something green that comes up when you have the flu and cough too much. It sounded medical and secret, but also important.”

The word appears on the first page, but the book is about Lucky preparing herself to be a grown-up, Ms. Patron said. Learning about language and body parts is very important to her. She overhears the word through a hole in the wall when another character says he saw a rattlesnake bite his dog on the scrotum. (Man, that’s bad luck for the dog!) 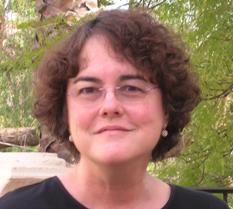 Naturally, people have thrown a fit about the book and it has already been banned from school libraries in some states in the South, the West and the Northeast. Librarians in other schools have suggested that they may well follow suit. It’s been a hot topic among librarians online since the book was initially shipped. Am I the only one that gets some perverse pleasure out of imagining evangelical librarians in a state of frothing horror, running around in circles screaming, “Scrotum! No!”? Then again, I’m sure that’s not exactly what they’re doing. They’re probably not actually frothing yet.

People are concerned about the vocabulary lessons that would result from reading this book to kids. Why?

“It’s a part of the body that only male people and male animals have. After class, go to the library and have a look in the dictionary for it.”

There. The kid got an answer to be going on with and a lesson in using a dictionary. If the kid actually has the wherewithal to go and look in a dictionary, then they’re probably not the sort of kid that would be scarred for life by knowing what a scrotum was. They would actually be a more rounded and educated individual.

These are the same knee-jerk, conservative librarians that tried to get Harry Potter books banned because they claimed that those books promoted witchcraft and Satanism. Even though there’s nothing illegal or wrong with the Wiccan religion and Satanism is not even hinted at in the books (and so what if it was?) Of course, to someone blinded by dogmatic Christianity and on a Crusade, that’s not the point and they’ll fight to force their views on everyone. Sorry, I’ll get off my soapbox now. For a little while.

You know the thing that sticks with me the most about this whole debacle? Talking about the book and the word scrotum, Patron says she took the idea from a true incident involving a friend’s dog. That poor dog!

Still, Patron must be loving all this free publicity.