Overcoming Isolation – The Power of Engaging with your Writing Community 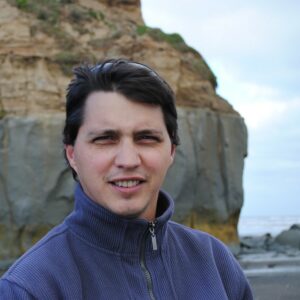 So we’re writers, right? We know the drill. Nothing gets words on the page except sitting your arse down, tuning out the world, ignoring everyone you care about, and hammering at the keyboard until you turn all that white space into words good, bad, or otherwise. Then there’s the hard graft of poring over the page and editing the shit out of those words to make them shine. There’s the long, solitary waiting that follows submission, and the equally isolating sensation of getting those rejections, something we don’t like to shout from the rooftops. All these things are personal, closed. No-one else can do this stuff for you. They tell us that we writers love to dwell in the safe confines of being alone with our work, comforted by the knowledge that our successes or our failures are ours and ours alone. Sure, once things start happening we have to deal with editors and publishers and sometimes *gasp* readers, but the foundation is there: butt in the chair, hammering the keys. Fucking professional, as a certain writer who has constantly inspired me is known to frequently say.

But maybe it’s the isolation that’s the problem.

Just because the cliché exists doesn’t mean we need to buy into it. This isolation, the enduring image of the writer closed up in a smoky room growing ever more reclusive and sunk deeper in their insularity may not be the right thing for you. Putting aside the practical necessity of actually writing, and those times when we drift out of this world and into the ones in our head where all the cool stuff happens, trooping on like that solitary wounded soldier on a war-torn horizon may not be the best way for you, as an individual, to go about the business of writing.

Want to hazard a guess at how many writers there are out there? I wouldn’t even try. Seems like everywhere you turn you can trip over a writer. We seep out of the walls, pop out from behind doors and under bridges. We hide under your bed at night.

Here’s the thing: We are legion.

You know the fable about the Scythian king and his bundle of sticks? Take one stick in your hand, snap it and throw it to the wind. Bundle a whole lot of them together, and none of them will break. Strength in unity, kinda thing. Way too simplistic to capture the complexity of community interaction, but that’s the basics of it. Take a look around at the writers organisations you know of, or may already be a part of. Just off the top of my head, from my little vantage point down here at the bottom of the world:

I could go on, but you haven’t got all day. The point is this: We defy the archetype. Writers seem to have a compulsion to overcome this enforced solitude that defines the cliché and come together, to share our ideas and help each other along. We’re humans, and humans are primates, social animals who like being together, alternately throwing rotten fruit at each other or gently picking the lice from each other’s fur and nibbling on them. Human contact is good for the soul. There’s struggling along in the dark on your own, and then there’s the alternative.

And the alternatives are manifold.

There are as many ways to go about being a writer as there are writers. Likewise, there are so many different ways of stepping out of the Lone Writer bubble and into a community that I’ve got no chance of listing them all here, and even the examples above, while serving as good starting points, barely scratch the surface.

It’s not for everyone, and not every community is going to be the right one for you. The question is: do you need community? Do you need a Facebook group where all the members touch base regularly to talk about what they’re doing and give the others mad props for having work out on the submission roundabout? Do you need support from a national organisation with a focus on professional development and creating promotional and publication opportunities? Do you need some likeminded folk to sit down with over coffee and go through your latest two thousand words with a fine-toothed comb (who the hell combs their teeth anyway?)? Do you need conventions full of panels and workshops and chinwagging over beer or coffee at the bar? You may need some of these things, or none of them, or all of them. Only you can answer that.

So here’s a better question, because subjectivity: What do I need from a community? Because let’s face it, I’m biased. Of the organisations mentioned above, I am or have been a part of most of them, and there are plenty more I haven’t listed. I’ve been a member, served on committees, been involved. I’m a people person. I came from a theatre background, even though I wrote in isolation before that, and you can’t do anything in theatre without a bunch of people to back you up. I worked in film for years as well and, once again, that’s something you simply can’t do alone. So it made sense that I was never going to be the Man Alone writer iconoclast, however much a romanticised version of me might’ve wanted that to be the case.

So here’s a case study for the value of community: 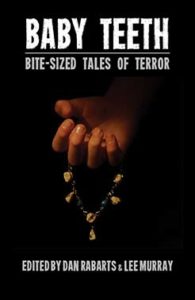 In 2013, I threw out a random comment on Facebook encouraging the writers I knew to check out a Reddit thread about the creepy things kids say, suggesting there might be some cool writing prompts buried therein. That act was simply a sharing, throwing something to the community in the hopes of inspiring someone to maybe write something fun. I had no idea when I did so that the downstream outcomes of that comment, that engagement, would be:

These are the collective gains that come from working in groups, the sort of gains you simply can’t achieve on your own. And that’s just from one comment in one social media venue, and the one book which came out of it. 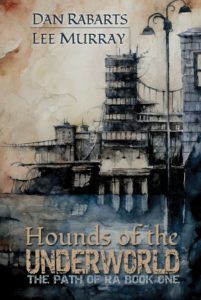 Lee Murray and I have gone on to collaborate on other things, including facilitating short story competitions, a second anthology (At The Edge, Paper Road Press, 2016, also an award-winning book), and our most recent exploit, Hounds of the Underworld (Raw Dog Screaming Press, 2017), the first novel in our supernatural crime noir horror series The Path of Ra. Hounds is set in a near-future, mildly dystopian Auckland, New Zealand, written from the alternating perspectives of the two main characters. It’s a product of that most focused of communities: the writing partnership. I’ve been extremely fortunate to have Lee as my partner in darkness, the yin to my yang, and I can honestly say my writing would not be what it is now if not for having such an amazing collaborator. But it might never have come about if not for everything that went with Baby Teeth, the community-building which that book generated and the determination that grew out of it to keep the ball rolling.

But this isn’t my only collaboration. I also have a writing band, called Cerberus, composed of myself, Grant Stone and Matthew Sanborn Smith. We write some weird, weird, stuff, and some of it has even been published.

The point is this: You can’t know if you’re going to like it in the water until you dip your toe in. Amazing, unexpected things can come out of practically nothing, but it’s up to you to take the risk. It’s not always easy, it’s not always right. Not every group is the right fit. Personalities can clash, objectives can differ, and when this happens, it’s time to move on. But just turn around. You’ll trip over another troupe of keen writers, or a platoon of hardened fiction veterans, or a cluster of horror poets keen to have another sick mind among their ranks. And somewhere, there will be the right one for you.

And if you’re lucky, you just might find a someone, or someones, that get you, and all that frustrated potential that you hadn’t quite found an outlet for is suddenly channelled into productivity. Someone to encourage you and hold you accountable. Someone to cheer you on and make you look hard at your work, to make it the best it can be. Someone to point you towards opportunities you didn’t know existed. So that when the hard knocks come, you’re like a bundle of sticks, and you don’t break. You’re not cast to the wind. That’s the power of community.

Dan Rabarts is an award-winning short fiction author and editor, recipient of New Zealand’s Sir Julius Vogel Award for Best New Talent in 2014. His science fiction, dark fantasy and horror short stories have been published in numerous venues around the world, including Beneath Ceaseless Skies, StarShipSofa and The Mammoth Book of Dieselpunk. Together with Lee Murray, he co-edited the anthologies Baby Teeth – Bite-sized Tales of Terror, winner of the 2014 SJV for Best Collected Work and the 2014 Australian Shadows Award for Best Edited Work, and At The Edge, a collection of Antipodean dark fiction, which won the SJV for Best Edited Work in 2017. His novella Tipuna Tapu won the Paul Haines Award for Long Fiction as part of the Australian Shadows Awards in 2017. Hounds of the Underworld, Book 1 of the crime/horror series The Path of Ra, co-written with Lee Murray and published by Raw Dog Screaming Press (2017), is his first novel. Find out more at dan.rabarts.com.