Time for the last in my series of “Ongoing Angst” guest posts. Last week we heard from Kaaron Warren, Jo Anderton and Angela Slatter. This week we’ve had Lisa L Hannett and Trudi Canavan. Today Margo Lanagan will be the last of the guest posts and tomorrow I’ll try to collate all the answers into one post with all the links. Answers to what, you ask?

So I’ve asked these wonderful and tremendously successful writers (who are also people I’m lucky enough to call my friends) to answer three simple questions. The links above are to the previous kind respondents, below you’ll find a post from Margo. Seriously, between them these writers have nominations or wins in just about every genre writing award you can think of, not to mention heaps of amazing publications, all of which you should check out if you haven’t already. 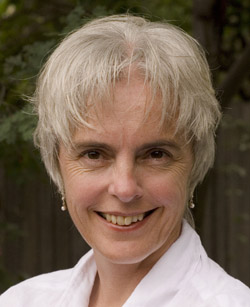 So here’s the last of those posts from Margo Lanagan. Margo writes fiction. Her latest novel is Sea Hearts, published by Allen & Unwin in Australia—this novel is published as The Brides of Rollrock Island by David Fickling Books and Jonathan Cape in the UK, and by Knopf in the US, and will soon come out as Seeherzen from Rowohlt in Germany. She’s also written Tender Morsels and five short story collections: White Time, Black Juice, Red Spikes, Yellowcake and Cracklescape. I think it’s fair to say that Margo has been nominated and/or won just about every award going, and not just genre awards, but bigger literary prizes too. Correct me if I’m wrong, but she might be Australia’s most awarded writer.

I don’t fear it, exactly, but I find a stacks-on-the-mill response like this hard to confront. This little clump of reviews (it’s a whole book-club of associated reviews; this is just one of the set that came in, bam-bam-bam over several days) made me decide to switch off Google Alerts. I don’t have an issue with people recording what they think, even if it’s hostile, but there’s a certain critical mass of sneering and snarking that I discovered it’s not healthy for me to absorb.

I think this is because those voices feed directly into, and reinforce, that other voice inside me that’s ready to tear me down and call me a fraud, at low moments. It’s almost exactly the tone that my inner editor at her most destructive uses. She’s not helpful; she doesn’t get the next story written. Down, madam! Enough of you! *hunts around for inner rave reviewer*

What I would like is to have more choices. I would like my day job to be work that I was doing for interest’s sake, and story-material’s sake, rather than because the driest, dullest kind of writing (tech writing) pays the best.

I mean, I’m greedy; I could live in a caravan on a friend’s bush block to get by on book earnings, but I don’t want to have to. I want to pay off my mortgage early and to Have Nice Things, up to a certain point. (I make about half a decent middle-class living from writing stories – and that’s pretty darn good in terms of the general run of Australian writers. I can’t legitimately complain, or not very loudly. I know I’m lucky.) 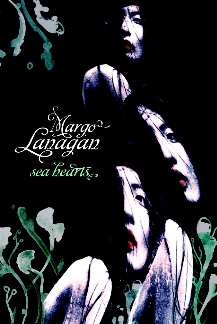 But that’s more avoidance of the depths than scaling of the heights. In terms of what I’d like to achieve, well, Cat Sparks once told me that she thought I’d peaked with Tender Morsels (she didn’t put it so bluntly; I think she said more that TM was my Big Significant Novel, and she couldn’t imagine my hitting such highs again). But the idea that everything else might be a trailing-off after that filled me with horror. [I think the success of Sea Hearts has proven Cat Sparks well and truly wrong! – Alan] I guess I hope that I’ll just get better and better until death stops me. And by better I don’t necessarily mean wealthier or more heavily loaded with prizes. That would be nice, but it’s not the main thing. I just want my stories’ explorations to be deeper and truer and more intelligent, and to hear, occasionally, that they do useful work inside their readers.

Oh, look, anyone who’s had (and earned out) a seven-figure-or-more advance, or freakishly big sales, gives me a bit of a pang, simply because they can buy the slabs of time that make the efficient production of regular novels possible. They can focus, you know? They don’t have to always be fighting their way towards the writing; they can just pay the world to go away.