It’s time to continue this series of “Ongoing Angst” guest posts. Last week we heard from Kaaron Warren, Jo Anderton and Angela Slatter. This week we’ll hear from Lisa L Hannett, Trudi Canavan and Margo Lanagan. So what’s it all about?

So I’ve asked these wonderful and tremendously successful writers (who are also people I’m lucky enough to call my friends) to answer three simple questions. The links above are to last week’s kind respondents, below you’ll find Lisa’s and tomorrow and Wednesday I’ll post from Trudi and Margo. Seriously, between them these writers have nominations or wins in just about every genre writing award you can think of, not to mention heaps of amazing publications, all of which you should check out if you haven’t already. 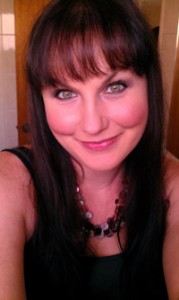 Today, It’s Lisa L Hannett’s turn. Lisa hails from Ottawa, Canada but now lives in Adelaide, South Australia – city of churches, bizarre murders and pie floaters. She has published or sold 50 short stories to venues such as Clarkesworld Magazine, Fantasy, Weird Tales, ChiZine, Shimmer, the Year’s Best Australian Fantasy and Horror (2010 & 2011), and Imaginarium 2012: Best Canadian Speculative Writing. Lisa has won three Aurealis Awards, including Best Collection 2011 for her first book, Bluegrass Symphony, which was also nominated for a World Fantasy Award. Midnight and Moonshine, co-authored with Angela Slatter, was published in 2012, and is also up for a slew of awards this year.

I’m pretty sure it was Keats who, before dying, requested a tombstone with this engraved on it: “Here lies one whose name was writ in water…” Although it’s a bit dramatic, a bit emo, I’ve often thought about this line whenever I’m feeling a bit angsty about my writing. It’s a combination of not wanting what you’ve written to evaporate into the ether soon after it’s published — not necessarily because it’s terrible, but because there’s just so much ether and so much literary condensation… It’s also the fear of being as bland as water. Writing stories that aren’t bad, per se; they just don’t rise above the level of fine. This worry — looking at your work and thinking it’s only fine — is what I think Keats’ epitaph is really about. It’s that niggling doubt that you’re not necessarily crap, but that what you’re writing isn’t adding anything exciting to the mix. That it’s just mediocre. That it’s not just forgotten, but forgettable. Now that’s scary.

Having said that, the thought of actually living with this sort of uncertainty for long is too depressing to contemplate — not to mention totally unproductive! — so I deal with it in several ways. Write, write, write. Take a break if I need one. Shut that internal editor up however I can. Then, keep writing. Try new things — in terms of style, structure, characterisation, subject matter, perspective — whatever I need to break out of the rut. Get a second (or third or fourth), trusted opinion on my work — having a fresh set of eyes on the story is so helpful! And, most importantly, always write the ideas I love. That’s what keeps me going: really loving it, even when it’s hard. 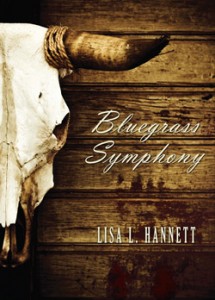 I’m striving to have a shelf — or several shelves — in my study, full of novels and collections I’ve written, in an assortment of genres, published in various editions, and translated into many languages. I’ll never abandon short stories, and I’ll always aim for the most excellent markets for each one I write, but I’m really keen to have my longer works out there. This includes finishing my next book, Lament for the Afterlife, then working on a Most Exciting Novel that draws on my PhD research in medieval Icelandic literature (and which I cannot wait to get stuck into!) and also redrafting The Familiar, my novel about witches and lunatics, which is the first book in the Walpurgis Cycle.

It’s only natural to have a pang of oh-I-wish-that-was-me! when a new writer skyrockets to stardom apparently out of nowhere — but it’s not actual envy. I wish I could already live off my writing, but I don’t begrudge people who do so even though I haven’t quite made it to that stage yet. I respect and admire a lot of authors — and I’d like to emulate their careers, I suppose, but I don’t envy them. Authors like Margaret Atwood, for instance, who has been publishing for decades and whose novels and stories are still so brilliant — as are her essays, reviews, and poems… Or Haruki Murakami, who isn’t massively prolific (compared to writers like Sean Williams, for instance, who is also a superstar) and whose works are definitely not writ in water… Or Ray Bradbury, who just kept writing and writing and writing… If anything, I envy authors of the past like Virginia Woolf (apart from the whole rocks-in-pockets episode in the river) and J.R.R. Tolkien and C.S. Lewis who, in my Romantic and idealised versions of them, got to smoke pipes and wear lovely tweed suits and sit around in Bloomsbury and Oxford all day, waxing poetic about writing and history and art, publishing lovely editions in small print runs, somehow paying the bills with their Genius.

You can find Lisa online at http://lisahannett.com and on Twitter @LisaLHannett