News, of old books and new!

You may or may not be aware that I’ve had nightmares with publishers lately. Ragnarok Publications, publishers of my Alex Caine books in the US and UK, and Cohesion Press, publisher of Primordial, both ran into trouble. Well, I’m happy to announce that Primordial is back up in ebook and audiobook, with print to come any day now, thanks to Adrenaline Press. And the Alex Caine trilogy has been picked up by the good folks at Gryphonwood Press and all three books should be back up in ebook and print at all the usual vendors with a week or two. And there’s more good news! Gryphonwood Press are also publishing my new standalone novel, HIDDEN CITY, early next year. Best described as urban horror/supernatural noir, I can’t wait for it to be out in the world. Here’s the blurb:

So after months of spinning my wheels trying to fix problems, it finally feels like things are moving forward again. Watch this space for updates! 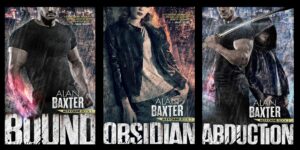