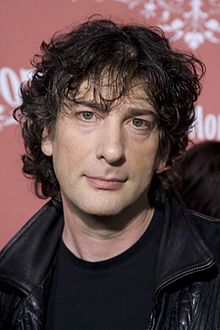 I picked this up from the Brain Pickings website. You can click the link to see it there, but I wanted it permanently copied onto my site too, because this is good stuff.

Usually I have issues with all these “rules of writing”. Seriously, fuck the rules. Write the way that works for you.

For example, so many people say, “You must write every day!” I say, bollocks. You may not being able to write every day, and that’s okay. There’s no point in berating yourself and having writerly existential crises if you don’t or can’t do that. Sure, you should write as often as you possibly can. If that’s every day, then bully for you. If that happens to be every Friday evening and Sunday afternoon, that’s fine. Just make sure you actually make time to write as often as you can, because you won’t find time. No one has spare time just lying around.

There are so many other rules out there and you can drive yourself batshit lala trying to adhere to them all. In truth, rules are there to be broken. More often than not, they’re designed to give you a framework that gives you the best chance of succeeding as a writer. And remember, kids, succeeding as a writer is first and foremost writing. If you write regularly, instead of just talk about being a writer, then you are a writer. If you write, you are a writer. Simple as that. How far you get with it is something else entirely. So when I see lists of rules that put all this pressure on people, it gets my back up and I get all, “Fuck the rules, man!” Just like I did in the paragraph above this one.

So why am I reproducing Neil Gaiman’s rules? Well, yes, it’s partly because I’m a total Gaiman fanboi. But I would still argue with his rules if I didn’t agree with them. As it happens, Gaiman’s “rules” are actually the best, most simple writing advice I’ve ever seen. There are no hard and fast directives, and every part of it is something that I can vouch for as being effective in my own writing life. Remember, if it doesn’t work for you, that’s cool. Don’t worry about it. The only one of these eight rules that absolutely applies to everyone is rule 1. But I do agree with the others too. I particularly like rule 5. Here they are:

2. Put one word after another. Find the right word, put it down.

3. Finish what you’re writing. Whatever you have to do to finish it, finish it.

4. Put it aside. Read it pretending you’ve never read it before. Show it to friends whose opinion you respect and who like the kind of thing that this is.

6. Fix it. Remember that, sooner or later, before it ever reaches perfection, you will have to let it go and move on and start to write the next thing. Perfection is like chasing the horizon. Keep moving.

7. Laugh at your own jokes.

8. The main rule of writing is that if you do it with enough assurance and confidence, you’re allowed to do whatever you like. (That may be a rule for life as well as for writing. But it’s definitely true for writing.) So write your story as it needs to be written. Write it ­honestly, and tell it as best you can. I’m not sure that there are any other rules. Not ones that matter.

See what I mean? That’s good advice, right there. And don’t forget to check out Brain Pickings, as there’s plenty of other good stuff there too. But really, this is all you need. Now go and write.