Neil Gaiman and I are more alike than you think

All right. I’m going to admit right off the bat that this is a terribly poorly veiled attempt to put myself and Neil Gaiman on the same page.

Let’s start at the beginning. As a teenager I was a huge fan of comics and graphic novels. Among my favourites were Neil Gaiman’s Sandman stories. They opened my eyes to a whole new style of storytelling and a whole new level of imagination. It certainly wasn’t a conscious decision, but I suppose it was inevitable that these stories would have an influence on my own writing. 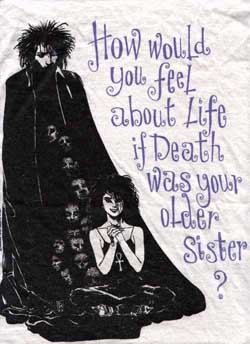 I never actually read any of Gaiman’s novels, however. I don’t know why – it was just something that I never got around to. Actually, I lie. I’d read one. He wrote a fantastic book with Terry Pratchett called Good Omens. If you haven’t read this, then stop right now and go and read it. I’m serious. 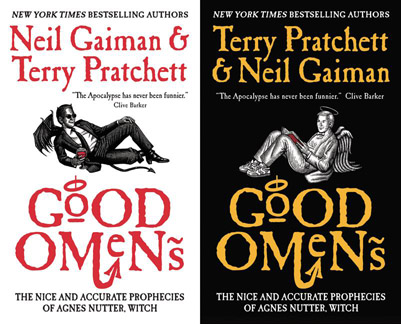 Then people started saying how reading my first novel, Realmshift, reminded them of Gaiman’s work, particularly American Gods. Of course, I was flushed with pride to be compared to a master of the craft like Neil Gaiman. In fact, one mad soul was even kind enough to title a review of RealmShift on Amazon.co.uk “Possibly about to steal Neil Gaiman’s crown“. I say, old chap, steady on there!

So I went and read American Gods and I could understand the comparisons. I’ve since also read Anansi Boys, which I think is actually better.So, am I really just rattling on about all this in an attempt to crowbar some kind of shared credibility with a living legend? No. Not entirely. Publishing fiction online for free is something that I’m a fan of and something that I think can greatly expand a person’s readership. I’m on the same side of the fence with music. I think that sharing MP3s is a good thing. I’ve been out and bought albums based on a download before and I think people will buy books based on a free read. The first three chapters of RealmShift are available for free on the RealmShift page of this very website, and my Serial Novella is an entire short novel being published in weekly chapters entirely for free, also right here.

And Neil Gaiman is also an advocate of free fiction. See, I told you there was more than shameless self-aggrandisement going on here. That great novel American Gods is available to read for free on the Harper Collins website right now. I apologise for not drawing your attention to this sooner, but it somehow slipped by me and I’ve only just realised myself. I apologise as there are only six days left to read it. But it’s free. You can find it here at Harper Collins.

And now everyone has gone off to read American Gods and I bet not a soul is looking at A ‘Verse Full of Scum or RealmShift.