Sequel to the highly-acclaimed Manifest Recall

“…brutal, gritty fun and a phenomenal follow-up to MANIFEST RECALL.” — Brian Keene, author of The Complex

Back from self-imposed exile in Canada where he fled to avoid the law following the blood-stained events in Manifest Recall–the first installment of award-winning author Alan Baxter’s latest supernatural thriller series–Eli Carver returns to the states with thoughts of starting over. But an accidental encounter on a train with a mysterious woman, one he soon learns has her own dangerous past, threatens to unravel his well-intended plans.

Upon their arrival in New York, the duo quickly find themselves entangled in an ongoing war between two rival crime syndicates. And with the ghosts of his own past continuing to torment him, Eli finds himself taking the darkest of turns as he’s drawn down a perilous path into a world of ancient religion and deadly occult rituals. 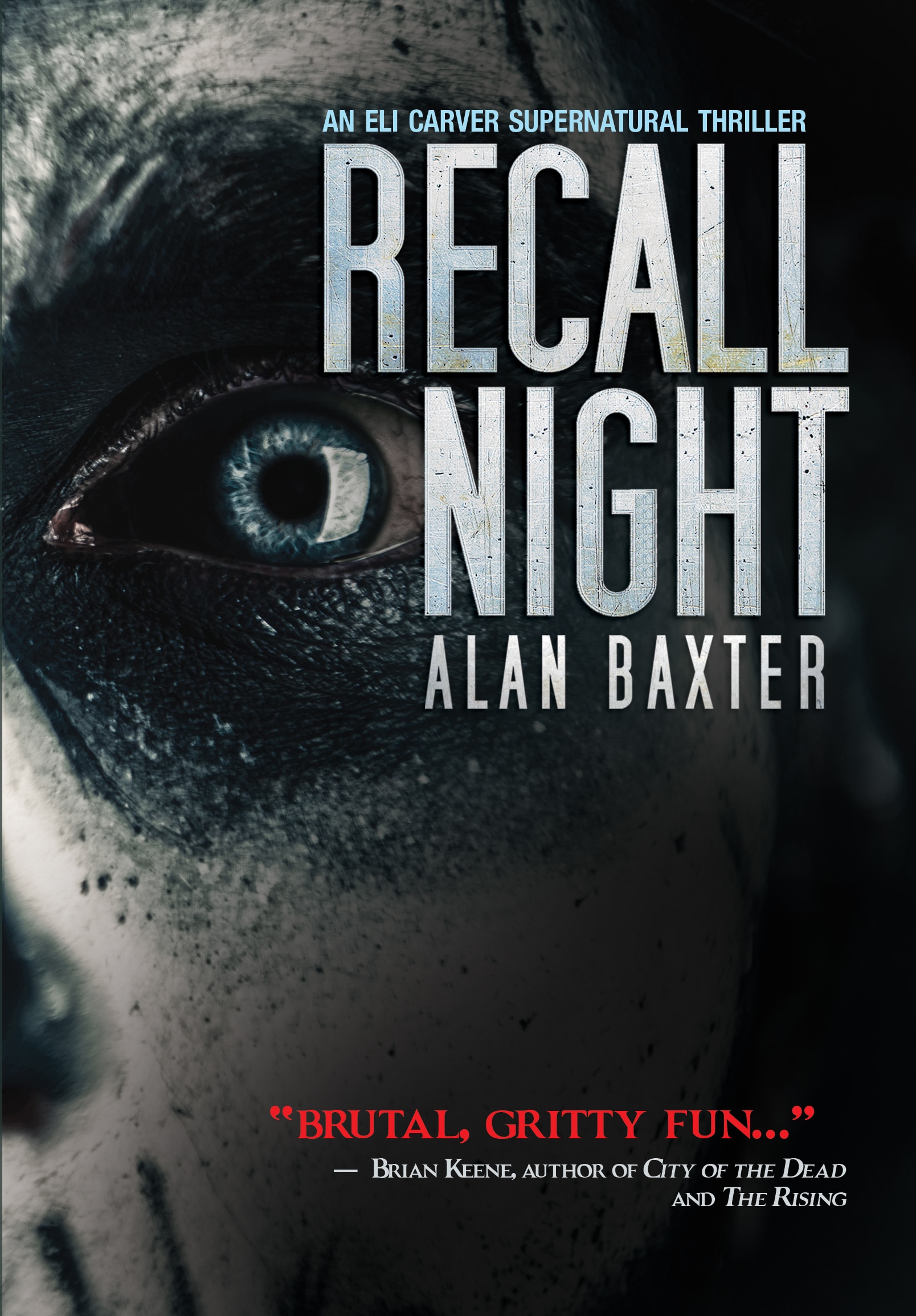 “Eli Carver is back with a vengeance! That’s bad news for some but good news for readers. RECALL NIGHT is brutal, gritty fun and a phenomenal follow-up to MANIFEST RECALL.” — Brian Keene, author of The Complex

“From Manifest Recall (Book 1) where I told you that Alan Baxter did the impossible and channeled the late, great Tom Picirilli, Alan took his supernatural  crime tale to a new level in this novella.” – Cat After Dark

“Alan Baxter is back, and so is Eli Carver. With more headshots than the John Wick trilogy, Recall Night is brutally good fun.” – Kendall Reviews

“Yet again, Baxter has delivered an exciting story with his enigmatic protagonist at the centre, and has succeeded in whetting our appetite for more supernatural thrills in the company of Eli Carver.” – This Is Horror