When the death of his father brings Grant Shipman to the tiny Appalachian town of Wallen’s Gap, he believes his biggest problem will be dealing with the slow pace and odd townsfolk. But something sinister is at work. A dark power rises, an echo of the town’s bloody past. A book of blood magic offers an unspeakable horror a gateway into the world of the living, and only Grant stands in the way of their Dark Rite.

This is a novella (in fact, almost a short novel at over 42,000 words) co-authored with David Wood, available in print, ebook and audio wherever books are sold.

“Wood and Baxter have delivered a stunning tale that reminds of an early Stephen King’s talent for the macabre with a pinch of Graham Masterton’s flair for witchcraft and terror. A sinister tale of black magic and horror – not for the faint hearted.” – Greig Beck, bestselling author of Beneath the Dark Ice and Black Mountain

“Wood and Baxter have taken on the classic black magic/cult conspiracy subgenre, chucked in a toxic mix of weirdness, creepshow chills and action, and created a tale that reads like a latter-day Hammer Horror thriller. Nice, dark fun.” – Robert Hood, author of Immaterial and Fragments of a Broken Land: Valarl Undead

“Unraveling the mystery of his dad’s death turns into a nightmare as Grant finds himself mired in a dark cult’s secret that long ago engulfed a small town, and threatens Cassie, a girl he’s fallen for. Grant knows he’s doomed, but that doesn’t mean the demon worshipers have to win.

As the plot began to unfold, I found myself unwilling to put the book aside until I reached the end.” – Terry W. Ervin II, author of Blood Sword

“…a rollercoaster ride that kept me turning the pages until I was almost late for work.” – Damien Smith, Thirteen O’Clock (full review here.) 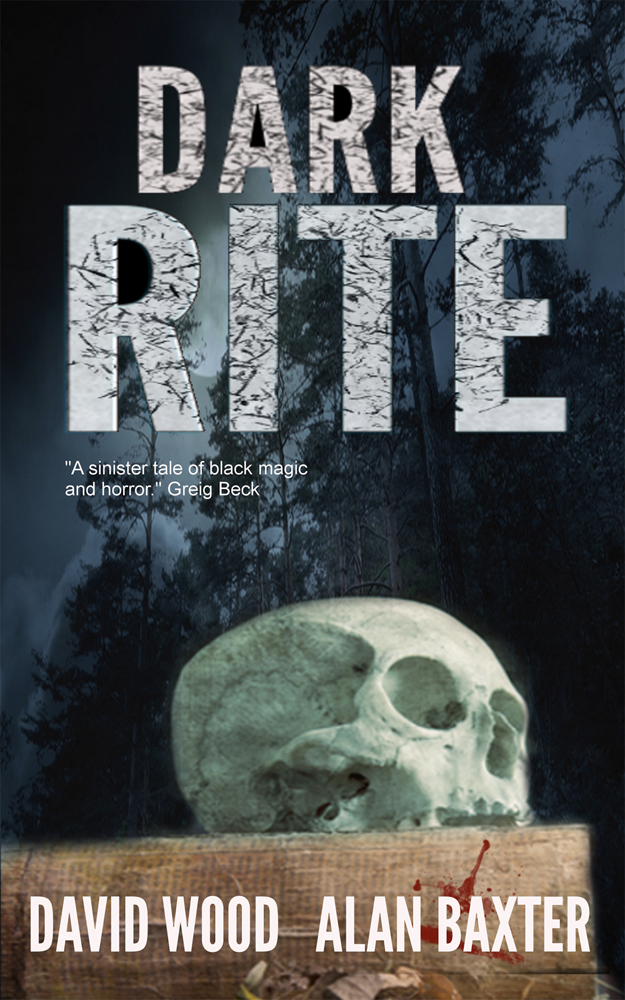