Alex Caine, a fighter by trade, is drawn into a world he never knew existed — a world he wishes he’d never found.

Alex Caine is a martial artist fighting in illegal cage matches. His powerful secret weapon is an unnatural vision that allows him to see his opponents’ moves before they know their intentions themselves. But Alex’s preternatural skills will draw him into a dark and terrifying world from which there may be no escape. Magic, monsters and martial arts in a blistering horror fantasy adventure across this world and others. The complete trilogy is now available everywhere in paperback, ebook, and audio.

Click Learn More for loads of info including a free excerpt and all the purchase options, including a signed paperback. 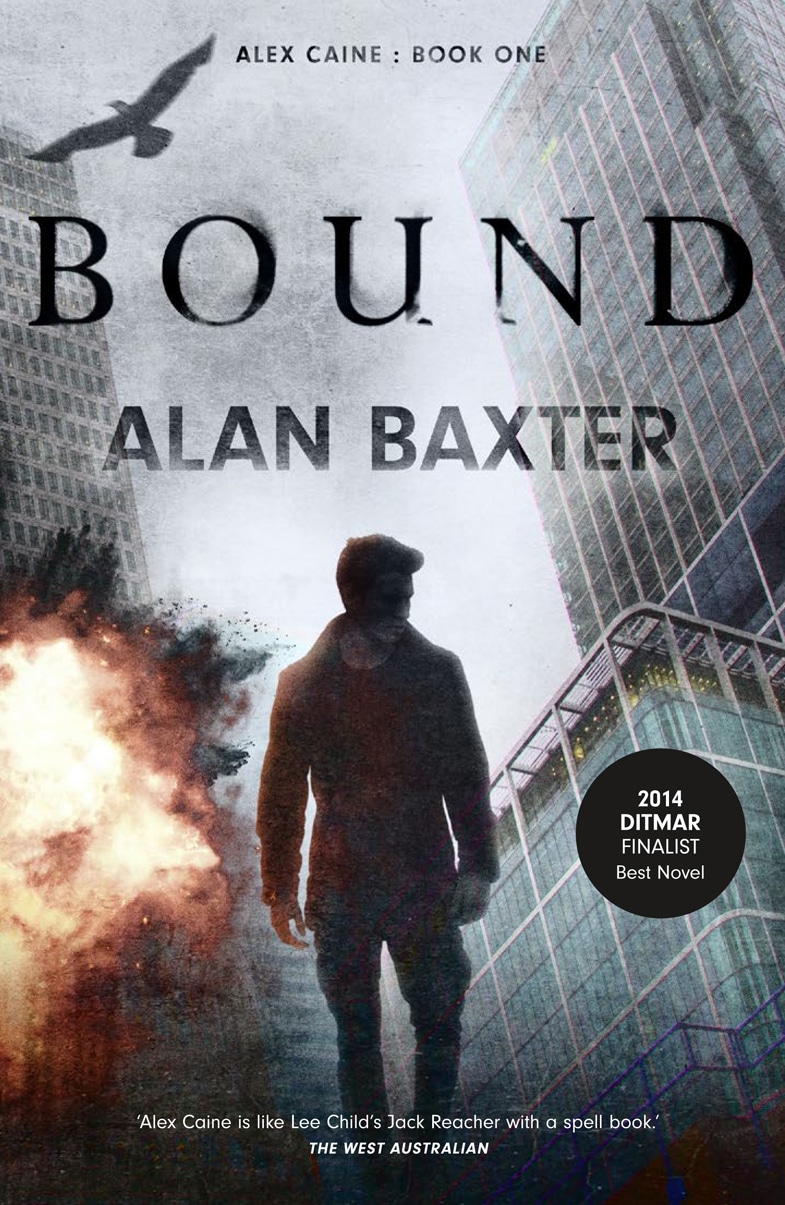 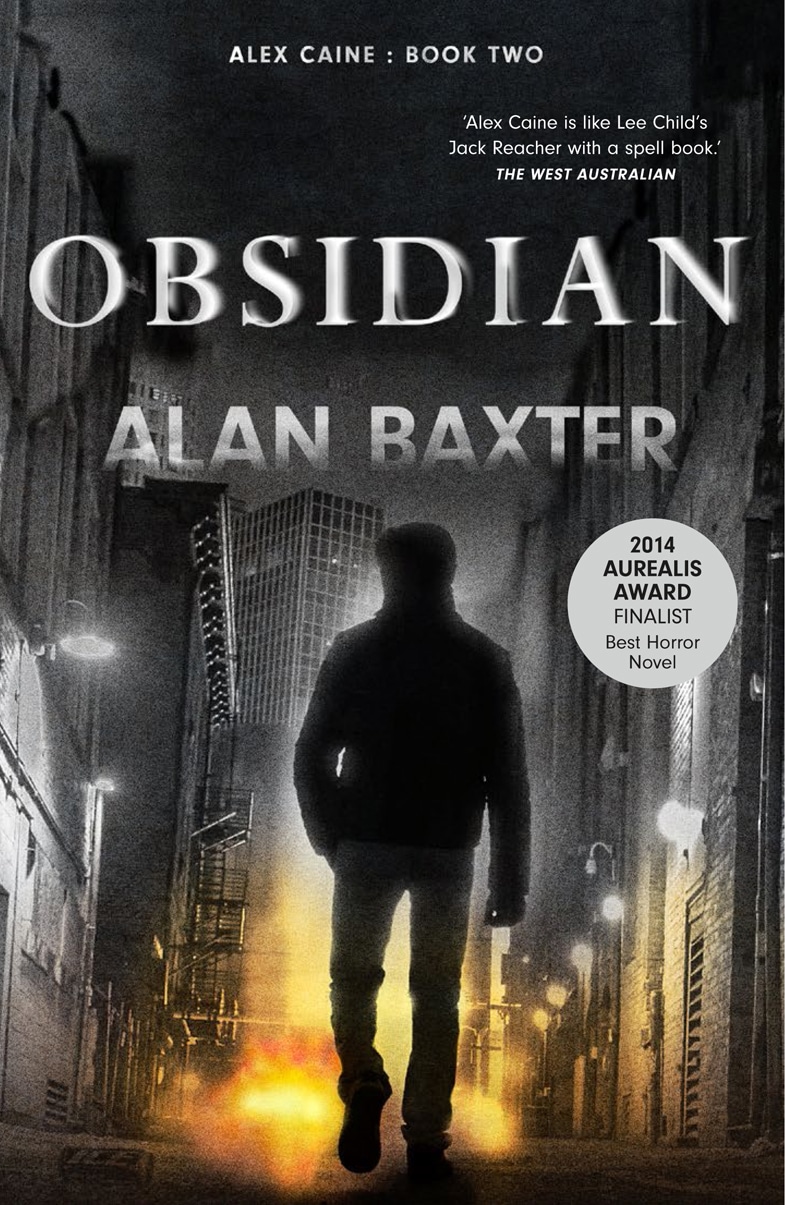 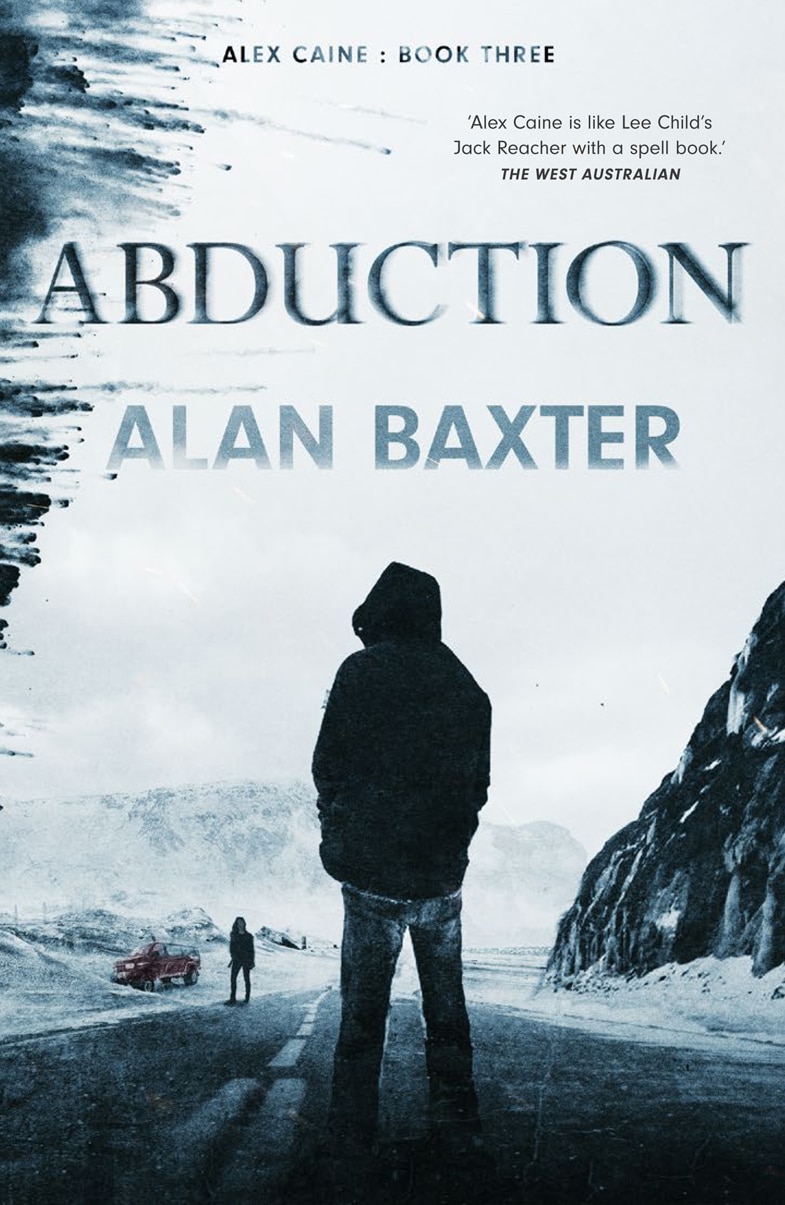 “Baxter’s efficient prose never gets in the way of the story, and his dialogue is vivid and dynamic. I had a lot of fun reading this book. It kept me hanging in there, eagerly flipping pages to find out who was going to be the next brutalized victim or what twisted deed would be performed next. This story packs a punch! I recommend Bound for readers who love violence, sex, monsters, and blood-splattering action.” – Grimdark Magazine

“Alex Caine is like Lee Child’s Jack Reacher with a spell book. A genuine page-turner from a major new writer.” – The West Australian newspaper.

“Alan Baxter delivers a heady mix of magic, monsters and bloody fights to the death. Nobody does kick-ass brutality like Baxter.” – Greig Beck, Internationally bestselling author of Gorgon.

“Given the darkness—and the incredible stakes at play—Bound is much like its main character: it succeeds on its own terms, it never deviates from its chosen path, and it fights to win…even when that means to the death.” – The Horror Review

“…an honest-to-goodness page-turner… Alan Baxter has penned a truly unique protagonist in Caine, at once superhero and antihero; and perhaps something beyond even that, something darker still… Not for the faint of heart (I’m a calloused horror reader, and at least one scene in this book damaged me)… fantastic storytelling in the vein of Neil Gaiman or Alan Moore, but with a merciless black streak…” – J. Ashley-Smith, Spooktapes

“I was completely blown away when I read this. A classic hero’s journey with a cast of real three-dimensional and really interesting characters. The world he’s built rivals anything by Jim Butcher – actually I think he’s a better writer than Butcher: his prose is fluid and engrossing, and he balances action with pace and at the same time provides wonderful vignettes of really quality descriptive prose. I’m reminded of Benedict Jacka and Kevin Hearne when I read this – the pace and the terrific page-turning attributes.” – Kylie Chan, author of the Dark Heavens, Journey to Wudang and Celestial Battle trilogies

“…if Stephen King and Jim Butcher ever had a love child then it would be Alan Baxter… a bloody excellent read. I cannot recommend this book enough to fans of Butcher and Wendig.” – Matthew Summers at Smash Dragons Fantasy & Speculative Fiction