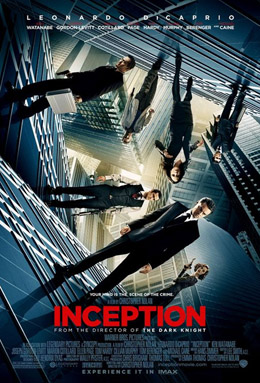 I think I love Christopher Nolan a little bit. He’s made some of my favourite movies of all time – Memento, Insomnia, Batman Begins, The Prestige, The Dark Knight. I am constantly going on about the homogenous rubbish coming out of Hollywood and lamenting that there are no clever, interesting, new stories being made into film. That’s not just because I have two novels out that would make awesome films. Incidentally, I’d give a testicle if Christopher Nolan would make my books into films, but that’s digressing and probably letting go a little too much information. But I go on about how Hollywood needs to take chances with films, trust their audience’s intelligence and challenge us with quality storytelling, not just impressive visuals on the story equivalent of See Spot Run. All of Nolan’s films above are clever, challenging movies.

Inception tops them all. It’s incredibly beautiful, using the medium of film perfectly to tell a story that is deep, complex and intellectually stimulating. And audiences clearly love it. At the time of writing imdb has it at 9.2/10 and Rotten Tomatoes at 87%. That’s some going, especially with today’s hyper-critical filmgoers.

And yet, the basic premise of the movie is not especially convulted. It’s a heist movie. I love a good blag caper, with someone assembling a team, getting the people he needs together with their special skillsets and their cool names like The Architect, The Forger and The Chemist. Except this is a heist of the mind.

The film centers on Dom Cobb (Leonardo DiCaprio), an extractor, who enters the dreams of others to obtain information while their subconscious is vulnerable to his skills. His job has cost him his family and his country, but he is given a chance at redemption if he can be successful in planting an idea in a corporate target’s mind, instead of taking one out. Known as inception, this is far more difficult and dangerous than extraction. And so we have a reverse heist of the mind. Cobb needs to assemble a team capable of putting something into the tightest vault of all.

So, accepting that the technology and methodology for the heist exists, the principle idea is fairly simple. It’s the execution in terms of story, film-making and acting that is simply outstanding. There are amazing performances all round. Leonardo DiCaprio is still playing the same character from Shutter Island in some ways, but with a different twist. His performance is brilliant. Surely, between Inception and Shutter Island, he must be venturing into Oscar territory soon. The ensemble cast are all exemplary, but Tom Hardy as Eames was a standout for me and deserves a special mention. As does Joseph Gordon-Levitt as Arthur, especially for his zero-g fighting. 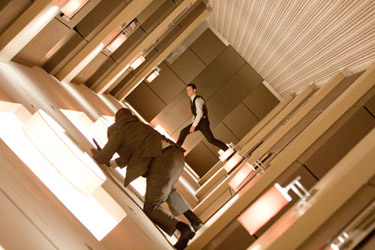 Inception was written, produced and directed by Nolan, a truly amazing achievement. He originally pitched the idea in 2001 or 2002 and the studio liked it, so he went away to write a final treatment. He kept working until he was happy with it – which took eight years. And it shows. The story is largely flawless. A few conveniences keep the plot moving, but nothing that took me out of the picture. It’s so bloody clever, and Nolan’s use of the device of dreaming is inspired. I know I’m gushing a bit, but this is finally a film worthy of our adoration.

His story, as I’ve already said, is excellent and intellectually engaging. It’s also a story that uses the medium of film perfectly. This would be a great book, but it’s a fantastic film. Every sequence has a balletic, dream-like quality, even when they’re not dreaming. The visual devices of dreams within dreams, the bending of reality in the subjects’ minds, is inspired. Yet Nolan insists on avoiding CGI as much as possible. This movie had less special effects shots than his Batman films. His use of in-camera effects and stunts is sometimes breath-taking. And you can tell it’s happening. If you watch for it, you can see that there’s a distinct lack of CGI in a film that would usually, these days, be blithering in post-production.

Nolan has made a film here about the nature of shared dreaming and how that might be used or abused. At the end of the film, as the lights came up, I looked around the theatre. I was stunned and peoples’ faces all around me were equally blown away. We’d all just shared Nolan’s dream and we were better for it.

Now, where’s my totem? I need to make sure I’ve actually woken up.

(And Mr Nolan, sir, please option my books next!)

EDIT: I’d love to hear your comments, so please leave your thoughts below, but BEWARE – there are spoilers in the comments section! 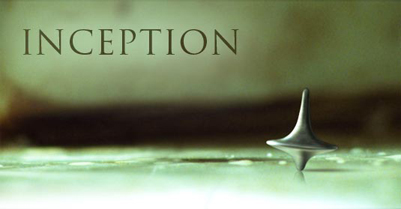