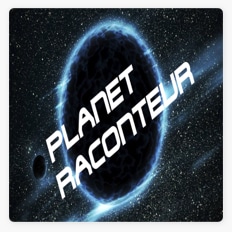 My short story “Mephisto” was originally published at Daily Science Fiction on the 23rd June, 2014. It was a finalist in the 2014 Australian Shadows Awards for Best Short Story, which is always a thrill. The story is very short, but it’s powerful, and I wrote it before I had a son. A lot of writers say they can’t write about horror with children after they’ve had kids of their own, which I totally understand. It’s not quite like that for me, I can still explore those themes with my fiction despite being a father now – Manifest Recall is proof enough of that! But even then, this particular story slays me now. It’s a brutal gut punch of a yarn. It’s in Crow Shine, or you can read it at Daily SF (that’s the link above). However, I strongly recommend you listen to it instead. The good people at Planet Raconteur have done a fantastic full audio version of the story that really brings it to life. Which is maybe not for the faint of heart.

Their podcast episode 7 features “Mephisto”, along with stories by authors Ryan Creel and J. Robert Dewitt. Relevant links below. Enjoy!