The (alleged) absolute word of Allah, (allegedly) spoken by the archangel Gabriel directly to the prophet Muhammad, has been updated. Well, more accurately it’s been “reinterpreted”. Keysar Trad, vociferous Sydney Muslim, has “tweaked” the meaning of 799 words and phrases in a revised edition of the Holy Koran. 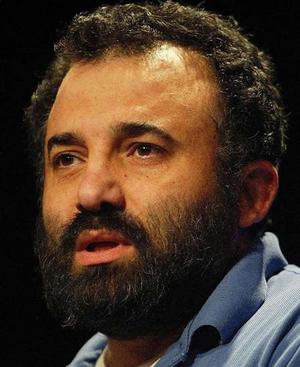 It is not allowed to actually change the Koran in any way, but the original Arabic has words that can be translated in different ways. For example, Trad has “reinterpreted” verse 51 of chapter 5. This verse prohibits Muslims from making friends with Jews and Christians. However, the meaning of “awliya” has been revised from “friends” to “protecting patrons”, so that the ban only affects a dominating relationship. It was, Mr Trad said, the worst mistranslation in the Koran he found. So it’s ok to be friends with Jews and Christians now, but not if they have any authority over you.

However, friendships with members of other religions is not particularly relevant in comparison to other instructions in the Koran. The most surprising was Trad’s “reinterpretation” of chapter 4, verse 34. I looked up that particular verse in my copy of the Koran. (What, you think I rant about these things without even reading them?) The relevant part reads:

If you fear high-handedness from your wives, remind them [of the teachings of god], then ignore them when you go to bed, then hit them.

Yes, that’s what it says. You can hit your wives.

Trad’s “reinterpreted” version, you would think, should go some way to redressing this obvious mis-translation. After all, what religion of peace would condone the hitting of women? The word in question is darb, which has been translated as beat, hit, strike, scourge, chastise and even seduce. What did Keysar Trad choose? He was happy to keep “lightly beaten”, as in “remind them [of the teachings of god], then ignore them when you go to bed, then lightly beat them.

What kind of oxymoronic term is that? How can you lightly beat someone?

But it gets better (or worse). This is what Trad had to say about it:

“My revision reflects what the Arabic means. It does not seek to rewrite the Arabic, which is a historic document and must be translated faithfully.

“Like most translators, I agonised over the translation of the verse. In the end, I had to toss up between putting a one-page footnote or leaving it for the next time when I plan to do a full retranslation if God permits me. This verse cannot be read at face value, because a casual reading can lead to the mistaken impression that it sanctions violence. This is quite wrong, because the prophet Muhammad strongly discouraged violence against women. What the verse seeks to do is to actually put controls on men to stop domestic violence.”

Well, that’s quite blatant bullshit. It says clearly that you can beat your wife if you consider her “high-handed” (after you’ve reminded her of god and then ignored her in bed).

Interestingly, my copy of the book does have a footnote. It explains that the word signifies only a single blow. Well, that’s all right then.