It was a dark and stormy night

“It was a dark and stormy night; the rain fell in torrents–except at occasional intervals, when it was checked by a violent gust of wind which swept up the streets (for it is in London that our scene lies), rattling along the housetops, and fiercely agitating the scanty flame of the lamps that struggled against the darkness.”

Did you know that the oft-repeated phrase, “It was a dark and stormy night” actually originated in 1830? Not only that, it and its author have caused the birth of a modern writing phenomenon that is as entertaining as it is intriguing.

In much the same way that Amanda McKittrick Ros has birthed a series of competitions based on her truly awful writing, Edward George Bulwer-Lytton has made people realise that the opening line of a novel can encapsulate the true horror of the novel that follows, if it’s written badly enough. The infamous opening line above should make that abundantly clear. 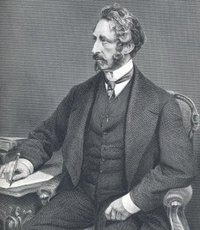 Therefore, ever since 1982, “the English Department at San Jose State University has sponsored the Bulwer-Lytton Fiction Contest, a whimsical literary competition that challenges entrants to compose the opening sentence to the worst of all possible novels.” Their website can be found here.

Some of the original best entries were published in a collection available from Penguin Books called “It Was A Dark And Stormy Night.” There have since been five such collections, but all are now out of print. Which seems only natural. Interestingly, the first time the contest ran it attracted three entires from the university campus. Going public the following year, over 10,000 entries were received. And this was before the internet made kooky ideas flood the planet in seconds.

The rules to enter the Bulwer-Lytton Fiction Contest are, to quote the website, “childishly simple”:

Each entry must consist of a single sentence but you may submit as many entries as you wish. Sentences may be of any length (though you go beyond 50 or 60 words at your peril), and entries must be “original” (as it were) and previously unpublished.

Easy. Now I know that you’re all most interested to read some of the winning entries.

A small assortment of astonishingly loud brass instruments raced each other lustily to the respective ends of their distinct musical choices as the gates flew open to release a torrent of tawny fur comprised of angry yapping bullets that nipped at Desdemona’s ankles, causing her to reflect once again (as blood filled her sneakers and she fought her way through the panicking crowd) that the annual Running of the Pomeranians in Liechtenstein was a stupid idea.
Sera Kirk, Vancouver, BC

But rather than me picking favourites, have a look here where you’ll find all the winning entries since 1983. It’s worth a read, as there are some absolute blinders there.

And for those that would prefer a new angle on an old-ish contest, I’m way ahead of you. The Sydney Morning Herald is running it’s own Rip Off the Bulwer-Lytton Fiction Contest. Check it out here.