Graphic storytelling is some of the best

I’ve been a voracious reader for as long as I can remember. One of my earliest memories is of sitting on my dad’s lap as he held the newspaper out in front of us both and got me to read sections out loud. Then he asked how my whistling practice was going as I was determined to learn to whistle like my grandad.

I would get in trouble so often for having the light on in my room, reading a book when I should be going to sleep. So I would turn the light off and hide under the covers with a torch, marvelling at the adventures of Stig of the Dump or Runaway Ralph and his toy motorbike.

As I grew older, my tastes developed, but I’ve always enjoyed Speculative Fiction the most. I went through a huge horror phase, then science-fiction and fantasy. I discovered The Lord of the Rings and The Belgariad, Ringworld and Neuromancer. 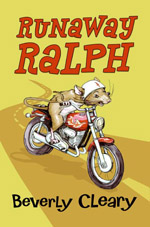 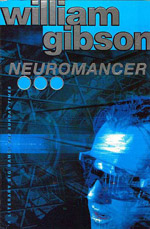 Runaway Ralph by Beverley Cleary and Neuromancer by William Gibson

Then I discovered comics. For most people that have never read comics beyond the funny pages in the newspaper, the concept is one firmly entrenched with childhood. Nothing could be further from the truth. Some of the best writers today are working, at least in part, with graphic novels. And many of them are absolutely, definitely not for kids.

People like Alan Moore, Neil Gaiman, Garth Ennis. These are writers of an incredible calibre and they turn out stories of such depth and complexity that it often takes the graphic medium to fully realise them.

The one that is often credited with really turning around the comic book industry and proving that comics were for adults too is Watchmen by Alan Moore (illustrated by the very talented Dave Gibbons). 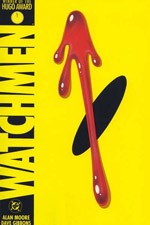 This is a book that first started as a twelve issue mini-series from DC Comics in 1986 and was subsequently collected into a graphic novel omnibus edition, usually called a trade paperback. That novel has since won a Hugo Award (the only graphic novel to have done so) and was included in Time magazine’s 100 Best English Language Novels since 1923, again the only graphic novel in that list.

Recently I got the urge to read this book again and I was again astounded at the depth of the story. Moore manages to weave together so many plotlines and devices with such ease that the story becomes far more than the sum of its parts. It is basically an alternate history of the United States, set in 1985, yet it still resonates today. It portrays superheroes as real people, with fears and neuroses, one of the first comics to tackle that angle. It really is the seminal graphic novel and if you’ve ever wondered why seemingly normal grown ups are drawn to reading comics, this will answer all your questions. I won’t say any more about the story as it’s best discovered for yourself.

There is now going to be a film made of the book, which is a horrible thought. This is a comic book and does things that only comics can do and should be left that way. Alan Moore himself:

I had to tell him [Terry Gilliam, when he was first involved with a film version] that, frankly, I didn’t think it was filmable. I didn’t design it to show off the similarities between cinema and comics, which are there, but in my opinion are fairly unremarkable. It was designed to show off the things that comics could do that cinema and literature couldn’t.

My book is a comic book. Not a movie, not a novel. A comic book. It’s been made in a certain way, and designed to be read a certain way: in an armchair, nice and cozy next to a fire, with a steaming cup of coffee.

Of course, I’ll go and see the film and I imagine I’ll be very disappointed. But it won’t spoil for me one of the greatest books ever written. Go out and give it a go yourself, then discover some of the other fantastic stories available as graphic novels. I would suggest Neil Gaiman’s Sandman and Garth Ennis’s Preacher series as good places to start after Watchmen.