I’ve just got back from a very productive few days at a writers retreat. It’s the first time I’ve done such a thing, and I like it. I was kindly invited by the existing FWOR (pronounced fwooooaaaarrrr!) group of Cat Sparks, Donna Hanson, Nicole Murphy, Russell Kirkpatrick, Matthew Farrer and Kylie Seluka. Other FWOR writers include Joanne Anderton, Ian McHugh and Trudi Canavan. Joanne will be joining the this retreat next week and Ian and Trudi can’t make it this time, but you can see the awesome company and imagine why I was so honoured to have been invited along. Sadly I could only manage a few days of the two weeks, given other commitments (damn you, real life!), but I made good use of the time I did have.

The retreat basically consists of hiring a big house in the middle of nowhere and sitting around writing all day, then playing games, watching movies and drinking all evening. Yes, it’s a kind of heaven.

I needed to drastically rewrite the first three chapters of the novel I’m working on and then run a solid edit over the whole thing. I got the rewrite done and half the book edited in the time I was there. Others did great work while I was there too, especially Russell, who spent two days working diligently on a map that turned out to be a vagina. Outstanding effort.

In the evenings we drank, gamed and watched some sterling films, including Hot Fuzz and a BBC production called Cruise Of The Gods. If you’ve ever been to a con, you HAVE to see Cruise Of The Gods. It’s brilliant. Cat and Russell also had several more rounds in their ongoing Ping Pong War. Cat spent a lot of time before the retreat telling Russell that his arse was toast this time around. When I left, the score was 5-3 to Russell, so Cat’s got some work to do. Matthew introduced me to a game called Dominion, which I enjoyed immensely and will now have to buy.

The place we stayed was called Stone Hedge, about 10km outside Oberon and it’s a pretty cool house. It has a pool table, ping pong table, air hockey table and many deer. I’m disappointed that I couldn’t stay longer as I was getting such a lot of work done and having a top time. Maybe next time I’ll get to stay longer. If I get invited back, that is. Hopefully the massive chili con carne I cooked up the other night has bribed them all into letting me come again.

There’s an official FWOR blog here – http://fantasywritersonretreat.wordpress.com/, which I’m supposed to be posting on. However, I’ve had a bit of trouble accessing that. I’ll cross post this entry when that gets sorted out. In the meantime, here are a few pics from my time there: 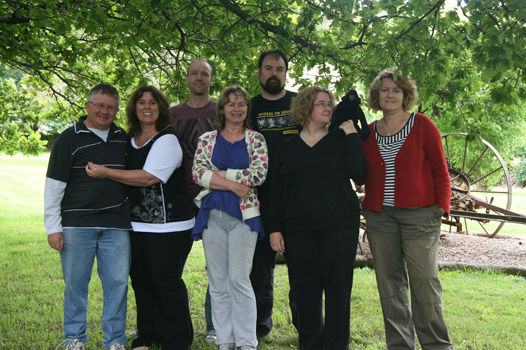 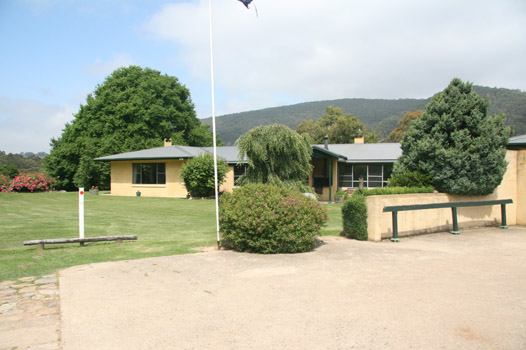 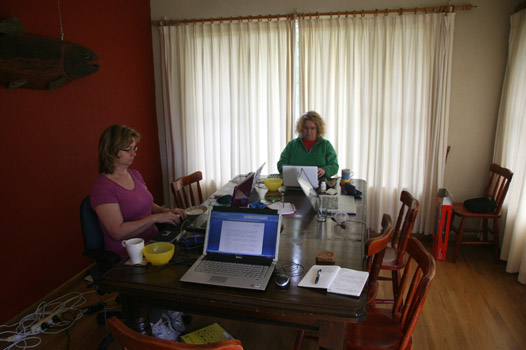 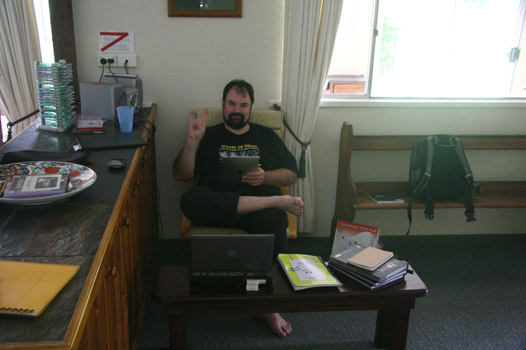 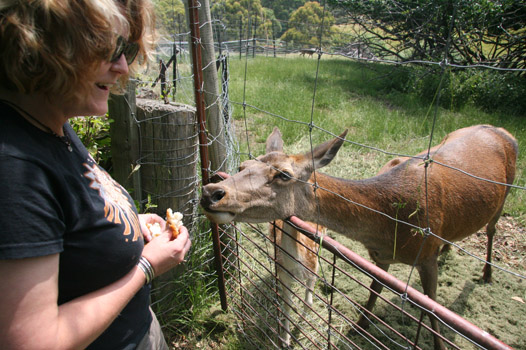 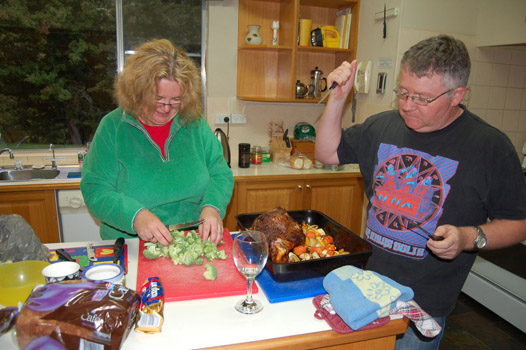 Me murdering Russell at pool (I got lucky) 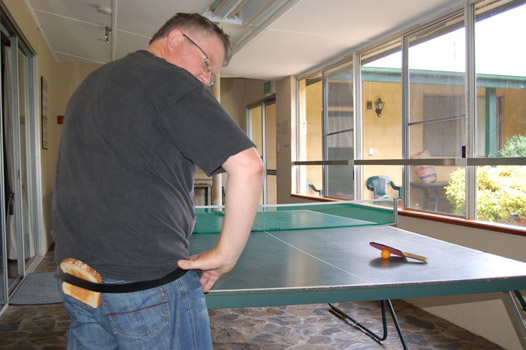 (The photos above were taken by myself and Cat Sparks)