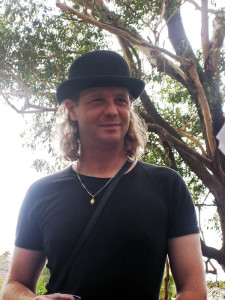 It has been almost six months since Alan asked me to write him a guest blog post. He knows I’m fairly passionate and opinionated about the “Literary vs. Genre” debate, and that’s what he suggested I write about. That’ll be easy enough, I thought. So I agreed.

Turns out, it wasn’t so easy after all. So, instead of trying to create some kind of logical argument — as I was originally intending to do — I’m just going to wing it. Trust my instincts, follow my heart, and just lay it all on the table.

First, let me paste two comments I recently found accompanying articles re: the Literature vs Genre debate. They demonstrate why I get a bit angry when the topic comes up:

EXHIBIT A: User comment on article on whether Crime Fiction is real Literature [see Note 6 below]

“To me, literary fiction is just another genre, and today it means ‘realistic fiction written by professors, for professors.'”

[I can’t remember who said this, but I think the position is common enough amongst Genre readers and writers that the specifics aren’t important.]

Now, I’m not a professor and I ain’t had no fancy learnin’, but that sounds like crazy talk to me. Both comments based on a misguided and narrow view of what Literature and Genre might actually mean. And, though there’s been a lot of great work in breaking this ridiculously false barrier down, both sides still maintain a strong core of stubbornness and, to me, it seems a horrible prejudice.

I was always brought up to believe ‘Literary‘ meant ‘well written‘. Both my parents and my school teachers taught me that. It’s a bit like I was taught that good poetry is nothing more than ‘the best words in the best order‘. I saw no reason not to apply the same theory to all fiction.

I grew up reading a lot of Genre Literature (i.e. Science Fiction, Fantasy, Horror; a lot of 60s, 70s & 80s paperbacks) and I could tell immediately that there was a gradient of ‘literary’ quality. Some books told great stories, rollicking adventures with characters you could love spending time with, but they weren’t ‘the best words in the best order ‘. The books seemed under-written; the words doing their barest to convey a story, what is often called Pedestrian Prose.

On the other side of the fence, so-called Literary fiction has its own share of problems. Follow the ‘conventions’ of Literary Fiction too closely, and the work becomes over-written; filled with an excess of poetic language (Purple Prose) and rambling internal monologues, non-existent plots in favour of intense character studies and disconnected vignettes. In effect, they told no stories at all. These, also, were not the ‘best words in the best order‘.

But there were some books, regardless of their Genre, which seemed to do more than just tell a story. Certain combinations of words joined to form sentences that amazed me, stirred emotions inside me — sometimes happiness, or sadness or fear or terror, sorrow and love – and those author-invoked emotions created a story that was somehow deeper and more satisfying. To me, those novels were more ‘literary‘ than the novels that just told me a story.

They approached, by varying degrees, ‘the best words in the best order‘.

I have discovered these ‘literary‘ novels in every genre in which I have read, and I read widely. Crime Fiction. Science Fiction. Fantasy. Horror. Romance. Historical. YA. And yes, I have even found them in that genre which marketing departments and academics have decided to (falsely) call ‘Literary Fiction‘.

And then I think back to those two comments I posted at the start.

I hate that both sides seem to want to perpetuate this imaginary divide between ‘Genre Fiction’ and ‘Literary Fiction’.

If a writer wants to write in a particular genre, of course they should do a little research (i.e. reading) before they set out. Get a feel for what’s been done before and what’s happening now. Embarking on an unfamiliar journey without first — at least — checking a map would be foolish. So too with writing any type of fiction. But a writer shouldn’t be discouraged from exploring outside that defined Genre territory, and I think they often are. 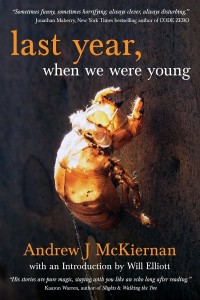 Quick personal example. Second short story I ever wrote with a thought to publication — and geez, I was a noob – I submitted to a known and well-established speculative fiction magazine. A week or so later, a rejection came back. This is it, word for word: “We really loved this story’s mythic feel, and the writing was gorgeous, but it was a little too literary for us. Sorry, but we’ll have to pass. All the best of luck…”

WTF!? As I mentioned, I’d always thought ‘literary’ meant ‘well written’. How the hell could a magazine reject a story because it was too well written?

That was my first rejection, and a real blow to my ego. I had no idea what to do. I thought I wrote speculative fiction, but it seemed this was too literary to be that? Confused and disheartened, I put that story away and forgot about it. Eventually (about 4 years later) I gave it away for free to an online spec-fic mag that asked if I had anything I could donate. It was later picked up as a reprint for Year’s Best Australian Fantasy and Horror anthology. For a while before that, I was actually conscious about what I wrote; about not being too experimental, or avoiding certain voices, styles and points-of-view that might be considered too ‘literary’. I confined myself to standard genre conventions, and what I wrote wasn’t me.

I have no doubt the same thing happens frequently when submitting genre themed works to literary magazines, no matter how well written the work may be.

This sort of thinking can corral new writers into taking a side. It can trap them into a mindset of tropes and conventions that they feel they must follow or be declared ‘hacks’ or ‘snobs’. This isn’t a good way to nurture new and exciting writing. It isn’t a good way to encourage writers to be the very best they can be.

The way I see it, literary is a gradient of many different shades. It’s hard to quantify, personal in its definition, and often all too narrow, but that’s where things need to change. We have to see value in the entire spectrum of Literature, regardless of genre. If we restrict ourselves, as writers, to only a small part of that spectrum, then what sort of stories are our words painting in the minds of our readers? Of what limited palette are the images we create?

It wasn’t until I dropped that genre barrier and considered how I might utilise the styles, settings and conventions from all ‘genres’, that I began to find myself again as a writer. I began reading more widely than I ever had before, and I feel that my writing is improving with every story, sentence, and word because of this.

We are all taught to ‘read widely‘, but so often we take that to mean ‘read widely within your genre‘. And that’s not enough.

We have to do better if we’re to become better.

We can begin by ignoring the entire Genre vs Literary debate, both as readers and as writers, because it is a nothing more than a barrier to our growth. We should feel free to leave our comfort zones every now and then. To explore, and consume, and assimilate everything good literature has to offer.

We must learn to read without prejudice and write without fear.

Only then, I feel, will we start to become the best writers we can possibly be.

Andrew J McKiernan is an author and illustrator living and working on the Central Coast of New South Wales. First published in 2007, his stories have since been short-listed for multiple Aurealis, Ditmar and Australian Shadows awards and reprinted in a number of Year’s Best anthologies. He was Art Director for Aurealis magazine for 8 years and his illustrations have graced the covers and internals of a number of books and magazines. Last Year, When We Were Young a collection of his short stories was released in 2014 by Satalyte Publishing. http://www.andrewmckiernan.com