Definitions of the Devil

Ambrose Bierce. What a guy. Born Ambrose Gwinnet Bierce on the 24th June, 1842. There’s a name we don’t see enough of any more – Gwinnet. I must have a chat with my wife and see if we can name our first born son Gwinnet. It’ll toughen him up in school if nothing else. 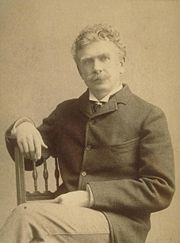 Ambrose Bierce became known as Bitter Bierce and developed a powerful reputation. It was said that he could make or break a writer’s career with a single review, the strike of his pen a blessing or a deadly curse. His father was a weird soul. Ambrose was the tenth of thirteen children, all christened with a name beginning with A; Abigail, Amelia, Ann, Addison, Aurelius, Augustus, Almeda, Andrew, Albert, Ambrose, Arthur, Adelia and Aurelia (in order of birth).

He wrote short stories, many based on the horrors of war that he had witnessed, and quickly became recognised for his skill and style. His Collected Works were published in twelve volumes in 1909.

Arguably his most famous work, and certainly my favourite, was The Cynic’s Word Book. Published originally as an infrequent newspaper column, it was collected into a book for the first time in 1906. This book made up the entire seventh volume of his Collected Works and is better known as The Devil’s Dictionary. More on that in a second.

Bierce left this world in a strange way indeed. No one knows exactly how or when he left, as he vanished without a trace sometime after Xmas, 1913. In his seventies, he left Washington to tour the battlefields of the Civil War and made it as far as Chihuahua, Chihuahua. No, I didn’t type it twice for fun. Chihuahua, the town, is the capital of the Mexican state Chihuahua. Surely a dream location for Paris Hilton. A letter from there dated December 26th, 1913 is his last known missive. It would seem that there was possibly something prophetic about Bierce’s death/disappearance. In one of his last letters, he postulated a possible end:

“Good-bye — if you hear of my being stood up against a Mexican stone wall and shot to rags please know that I think that a pretty good way to depart this life. It beats old age, disease, or falling down the cellar stairs. To be a Gringo in Mexico — ah, that is euthanasia.” 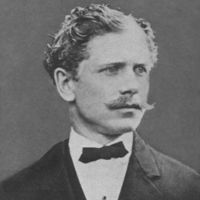 Did he finish his life up against a Mexican wall?

But back to The Devil’s Dictionary. The brevity and acerbic wit of Bierce’s style was well suited to this endeavour. He would take everyday words and write the new, satirical, often far more accurate definition. As a cynic and an atheist, he was well placed to use his free-thinking mind to redefine such words as:

Abstainer – A weak person who yields to the temptation of denying himself a pleasure. A total abstainer is one who abstains from everything but abstention, and especially from inactivity in the affairs of others.

Christian – One who believes that the New Testament is a divinely inspired book admirably suited to the spiritual needs of his neighbor. One who follows the teachings of Christ in so far as they are not inconsistent with a life of sin.

I’ll leave this post with a few more of my favourites. If you want to see them all, the entire dictionary is reproduced at thedevilsdictionary.com.

Dance – To leap about to the sound of tittering music, preferably with arms about your neighbor’s wife or daughter. There are many kinds of dances, but all those requiring the participation of the two sexes have two characteristics in common: they are conspicuously innocent, and warmly loved by the vicious.

Faith – Belief without evidence in what is told by one who speaks without knowledge, of things without parallel.

Freemasons – An order with secret rites, grotesque ceremonies and fantastic costumes, which, originating in the reign of Charles II, among working artisans of London, has been joined successively by the dead of past centuries in unbroken retrogression until now it embraces all the generations of man on the hither side of Adam and is drumming up distinguished recruits among the pre-Creational inhabitants of Chaos and Formless Void. The order was founded at different times by Charlemagne, Julius Caesar, Cyrus, Solomon, Zoroaster, Confucious, Thothmes, and Buddha. Its emblems and symbols have been found in the Catacombs of Paris and Rome, on the stones of the Parthenon and the Chinese Great Wall, among the temples of Karnak and Palmyra and in the Egyptian Pyramids — always by a Freemason.

Honorable – Afflicted with an impediment in one’s reach. In legislative bodies it is customary to mention all members as honorable; as, “the honorable gentleman is a scurvy cur.”

Humanity – The human race, collectively, exclusive of the anthropoid poets.

Justice – A commodity which is a more or less adulterated condition the State sells to the citizen as a reward for his allegiance, taxes and personal service.

Logic – The art of thinking and reasoning in strict accordance with the limitations and incapacities of the human misunderstanding.

Love – A temporary insanity curable by marriage or by removal of the patient from the influences under which he incurred the disorder. This disease, like caries and many other ailments, is prevalent only among civilized races living under artificial conditions; barbarous nations breathing pure air and eating simple food enjoy immunity from its ravages. It is sometimes fatal, but more frequently to the physician than to the patient.

Marriage – The state or condition of a community consisting of a master, a mistress and two slaves, making in all, two.

Realism – The art of depicting nature as it is seen by toads. The charm suffusing a landscape painted by a mole, or a story written by a measuring-worm.

Vote – The instrument and symbol of a freeman’s power to make a fool of himself and a wreck of his country.

Zeal – A certain nervous disorder afflicting the young and inexperienced.

Ah, I could go on with these all day. Go to the dictionary, linked above, and enjoy yourself. I will, however, leave you with my personal absolute favourite Devil’s Dictionary definition:

Pray – To ask that the laws of the universe be annulled in behalf of a single petitioner confessedly unworthy.