The Dark Knight Rises – thoughts on a trilogy

There aren’t any spoilers in this post, but there are some spoilers at the places I link to at the end, so be warned. 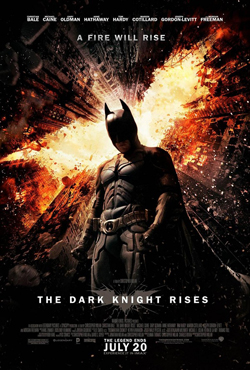 It’s no secret that I’m a Batman fan. In fact, that’s an understatement – I fucking love Batman, in a totally platonic way. I’ve often said that Batman and the Joker are the two greatest fictional characters ever created and I stand by that. So when talk of a new Batman film started back in 2003 or 4 or whenever it was, I was dubious. But it was to be made by Christopher Nolan, a man whose talents I already admired. The result was Batman Begins, the first of a proposed trilogy. I was very pleasantly surprised.

The first thing to remember when films are made from established literary canon, be they novels, comic books, games or anything else, is that a film is a self-contained thing. It’s finite. Batman comics have been going since 1939 and there’s a metric fuckton of established canon and ongoing story with which a film can’t hope to compete. Nor should it try. So a film will always make changes to established canon and we fans can’t be precious about that. It’s how the film plays with that canon that matters.

In Batman Begins, Nolan turned the notion of Ras Al Ghul a little bit on its head. He made Ras and Henri Ducard the same character, which they absolutely aren’t in the comic canon. He also made Ras an Irishman. But the things he then did with those characters, with Ras’s mission as an idealistic eco-terrorist, were bang on the money. Nolan did a brilliant job of retelling the Batman genesis and origin, and adding in a well favoured supervillain. Within that, he kept the darkness essential to the Batman’s story. He kept the gothic, noir edge of the characters and setting. He made Gotham an integral character in the film. So while he played with some aspects of established canon to make a film-sized story, he did it well and kept enough of what we already know intact to make a very impressive, cohesive whole. I was very happy with the film.

But all along it was touted as a trilogy. And this is where we go back to the nature of film compared to an ongoing series. This film was to be finite in three instalments. The second film, The Dark Knight, stands tall for many reasons. Not least of these is that amazing performance from Heath Ledger as the Joker, which is still the highpoint of the trilogy for me. And again, Nolan took some liberties with established canon, but stayed true to so many parts that we love that we went with him for the ride. I did, anyway. And most importantly for me, he totally got what the Joker is all about. The Joker is the worst monster imaginable, because he’s the embodiment of absolute chaos. No rhyme, no reason, no appealing to any sense or intelligence. Just pure, insane chaos. Some men, after all, just want to watch the world burn. 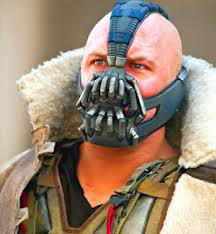 So I’d been waiting patiently and slightly nervously for The Dark Knight Rises, the third and final instalment. So often a third film is where a series can jump the shark. It can be the step too far. But Nolan always said this was to be a trilogy and I trusted him as a storyteller enough to hope that he would see it through well. Again, liberties were took. The big bad this time is Bane, and he’s very different from the comic book character. In the comics, Bane is addicted to and fuelled by Venom. But in this film, Venom doesn’t even get a mention. Bane’s origin is also played with, as are the origins of other key players (who I won’t discuss for fear of spoilers). But that’s okay, because Nolan is using Bane in his own way, like he used Ras Al Ghul in the first one. And he does a good job of it.

Nolan also does a very good job of using the Selina Kyle character. She’s never called Catwoman in the film, her cat ears are just her night goggles, pushed up onto her head and so on. But the core of the character is there. She’s a tough, sassy, very capable cat burglar. She’s a real-world foil to the Batman’s black and white view of crime and culpability. She’s so much more than a sexy accoutrement and Anne Hathaway does a brilliant job with a character that is very hard to play well.

And using these characters and settings, Nolan brings threads from both previous films together in The Dark Knight Rises and ties them into a truly epic story, worthy of its comic book roots and also worthy of its cinematic grandeur. He does tell a complete story in three films and he does it bloody well.

Each of the films is successively darker, more epic and more daring than the last and by far the best thing about them is that Nolan has made an absolutely self-contained trilogy. It’s not the same as the comic books, because the comics are still going on, and will continue to do so. Nolan has taken the characters and spirit of those stories and turned them into one complete and very clever tale. We see the full life of the Batman, from genesis, through origin, through rise and fall and rise again, right out to final closure. And it’s very satisfying. 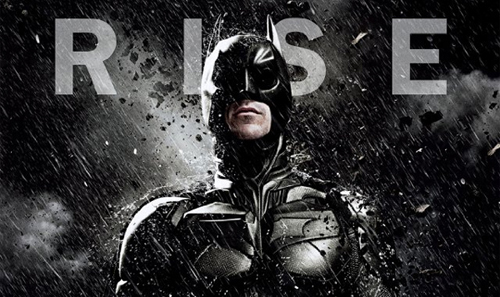 Sure, the films have flaws. With The Dark Knight Rises there are illogicalities, there are strange timing issues, there are simple nonsensical things (like the one I mentioned the other day – how the hell does Bane eat? And he’s a big boy, so he must eat a lot.) There’s actually not nearly enough Batman in the third and final Batman film. There are often certain events in the movies which are entirely too convenient and plot-driven. But, these things are relatively few and far between and largely eclipsed by all the good stuff.

There are those who have suggested that this final instalment is a pro-fascist movie (although I disagree with most of that post and the author obviously doesn’t have any real understanding of the ideology of Ras Al Ghul). I mean, sure, all superhero stories are fundamentally fascist – the super power steps in with violence, operating outside the law, to battle the greater threat on behalf of the people. But that’s a whole other discussion and not one limited to Nolan’s interpretation of Batman.

There are those who have asked what the hell happened to the Joker after the second film. Although Ledger died and couldn’t reprise his role, it’s strange that there was never any mention. Though one possible answer lies here.

(Remember – spoilers at the above links!)

There are several other concerns raised in various reviews and posts I’ve read, some valid, some not so much. Regardless, Nolan has created in his Batman trilogy something rarely seen from Hollywood these days – an intelligent, complex, complete and satisfying story along with the incredible special effects and cinematic epicness we’ve come to expect. Effects are so often utilised at the expense of story, but not with these films. The Dark Knight Rises is possibly the best of the three when it comes to simply amazing set pieces of action and downright brilliant photography. But it’s the combined power of the three films together that really stands out as Nolan’s crowning achievement here.

Personally I can’t wait till The Dark Knight Rises is released on DVD so I can put aside a day to sit and watch all three films back to back in a beauteous Bat-filled marathon of cinematic awesomeness.