In conversation with Gillian Polack

On reading women, reading about women, categories and curses.

Gillian Polack is a fine writer, a fine person and a good friend of mine. You may remember that I reviewed her novel, Life Through Cellophane, a while back. Sadly, the publisher of that book, Eneit Press, fell victim to the Red Group/Borders debacle and went under. It seemed that Gillian’s book went with it. But, a literary phoenix from the ashes of corporate foolishness, it has found new life with the Pan Macmillan ebook imprint, Momentum. Now called Ms Cellophane and with a cool new cover, the book is back.

I got to talking with Gillian about the book recently. She was particularly pleased with my original review when I said:

I must admit that I felt a bit weird reading it. It was like I was hiding out during a secret women’s business meeting, hearing about things I shouldn’t know. 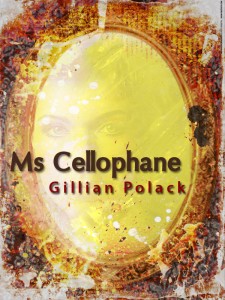 On hearing this, Gillian said, “It’s a good reaction. You read lots, and this is the only book that gives you that sense. I get a lot of female readers saying to me, “This is my life, I read this and am looking into a mirror.” It makes me wonder why you haven’t encountered other books that give you the same sense. What sort of boundaries are out there and what sorts of restrictions do they put on us without us knowing?”

Alan: I think it’s largely to do with the types of books I read. It’s not that I don’t read books by women. In fact, on checking Goodreads, recently I’ve read:

That’s just this year, which is a year where I haven’t read nearly as much as I usually do. But while these are excellent books by women, all with strong female protagonists and/or supporting characters, they’re not as much books about being a woman as yours is. So I wonder if I just don’t choose to read other books more like yours.

Gillian: My book was all about the type of invisibility that many women feel so yes, it wasn’t about a strong protagonist so much as about a very particular aspect of life. Can you pinpoint some of the things that made you feel as if you were entering a foreign universe – and maybe talk about how they differ from the approach you take to your own female characters?

Alan: I have a very simple, perhaps overly so, approach to writing female characters. I basically approach all characters as neither male or female, but simply as people. Of course, I will try to get inside my character’s heads and they’re all very individual people, but gender is only ever a small part of that, never a primary consideration.

Reading Cellophane, I felt as though I was getting an insight into the day-to-day miniutiae of being a woman. You do a good job of putting the reader in Elizabeth’s mind and it almost feels, to me at least, as though we shouldn’t be there. Of course, that’s a sign of great writing – feeling like we’re inside a character rather than simply watching from outside. And, equally, my male-ness is showing, simply because the process of reading your book came as such a surprise to me.

The best thing about it is that none of it was uncomfortable in any way – it was simply fascinating.

To go back to my own writing, I deliberately don’t try to make my female characters “feminine”. I use quotes there to indicate the insufficiency of the word. I don’t know what it’s like to be feminine. I know what it’s like to be around women. I’ve been married a long time and have many great female friends. I know what it’s like to interact with women and I know how they might respond to various situations. My author’s eye is always studying people and scenarios, subconsciously filing it away for later story use. All writers have to be great observers of the world around them. But I can never observe what it’s like to be a woman. Until reading Cellophane, that is. Because that’s something which gave me an insight I couldn’t get on my own. And while I read a lot of female authors – in fact, my favourite Australian spec-fic writers are all women! – I guess I don’t read very much stuff about women. So perhaps I need to know what I could read that would help me with that.

Of course, that also leads to a small problem. I hate “chick flicks”. I have little to no interest in reading books aimed at a purely female market. But Cellophane seemed to transcend that issue, so I guess I need advice on more books like yours!

Gillian: I don’t know where there are more books precisely like mine! There must be. Cellophane can’t be sui generis. I wrote it though, because I wanted to read books like it and I wanted the books to be speculative fiction. One of my publishers suggests that I’m like Anne Tyler, someone else suggests that the female-ness of my world is a bit like Alice Hoffmann, while Sophie Masson suggested that my first novel reminded her of A.S. Byatt. They’re all women writers who often put women in the centre of the story and are capable of working quite inwardly (though don’t always), so I’d start from them, I think, and work out. Ursula le Guin does the same inwards-out approach in Always Coming Home, but she’s more concerned with place and culture and change than with domestica.

There’s a lot of literary fiction written in a character’s head, where the internal view is key to the novel. There’s not, however, much speculative fiction that both takes this approach and focuses on the mundane. Kaaron Warren’s Slights does that, of course, but in such a different way! She wrote about someone quite terrifying and had me accepting, as a reader, that this was quite normal until we realised that this person we had accepted into our headspace was someone we wouldn’t ever want to meet. I really wanted to communicate the everydayness of lives and that these lives can be wonderful, and that magic doesn’t have to be the stuff of adventures and quests.

Alan: Slights is a great example of character, but you’re right, certainly not a particular example of womankind. More an example of arsehole-kind.

I think you hit it on the head when you say that you “wanted to communicate the everydayness of lives and that these lives can be wonderful, and that magic doesn’t have to be the stuff of adventures and quests.”

Is that something you’ll be exploring more? The street-level magic of the everyday wonder rather than the “big story” wonder? Will you write about Elizabeth again?

Gillian: I won’t write about Elizabeth again, but I will definitely be exploring the everyday wonder. In fact, I have a novel out there… It’s one of those hard-to-categorise novels, like Cellophane. Publishers are both loving it and not willing to publish it. This is a problem I face regularly, for there is no general sub-category for what I do, and so it’s hard to fit into a schedule. Personally, I can’t see what’s hard to categorise about a magic-wielding feminist divorced Jewish Sydneysider who is not speaking to her father. In fact, the short story that’s set after the time of the novel was published years ago (in ASIM), for short story markets are more flexible. It was listed as recommended on an international Year’s Best, and I have a recording of actor Bob Kuhn reading it, just waiting for the right moment to appear. People ask me about Judith, and I have to say, “Still no home.”

The cursed novel (The Art of Effective Dreaming – due to appear some time ago) is about dealing with the mundane world, how to escape it and what the implications are of such an escape, but of course, the novel is cursed (and contains dead morris dancers). It was supposed to appear several years ago, but the most extraordinary life events (hurricanes, earthquakes, computer failure, near death experiences) keep getting in the way. I find it rather ironic that a novel about an ordinary person should be doomed to adventures and not be seen, but right now, the story of the The Art of Effective Dreaming’s delays would make a rather good disaster novel.

Alan: Sounds like you need just the right small press for the Judith novel. I’m sure it’ll find a home eventually. I hope it does, because it sounds very cool.

And The Art Of Effective Dreaming will eventually see the light of day, right?

Gillian: From your mouth to God’s ear (to use a Jewish expression I did not in fact grow up with!). You want to read about the dead morris dancers… Actually, The Art of Effective Dreaming also gently takes the mickey out of quest novels, so I rather suspect you might like it. I hope you get to read it soon!

Alan: As far as I’m concerned, the only good Morris Dancer is a dead one, so yes, I’d love to read it.

As Gillian once said to me in an email: “One of the messages I wanted to get out there about my writing is that it’s not bad despite not fitting categories. So many people look for categories and assume that a novel is not readable, simply because they haven’t encountered its like before… for there is a public perception that there’s a gender divide and that women read men’s books but that men don’t read women’s. I’m beginning to think that it’s being reinforced through being assumed and would love to break it down.”

So get out there and have a read of Ms Cellophane. It might change your perceptions a little bit. It’s available now from Momentum.