And now for something completely different – Nicole Murphy

To say that I had something a bit different for you lot today would be a bit of an understatement. But let it never be said that I’m some kind of one trick pony. I know a few tricks and I have friends who make me look better. To that end, I’m happy to host a guest blog today from urban fantasy/romance writer Nicole Murphy. I’ve know Nicole for a while now and I’m very proud to call her a friend. With the release of the third book in her current series, she’s doing a few guest posts around the intertubes, and today she’s appearing here. Some of the things she has to say are very interesting, so read on.

On romance… by Nicole Murphy 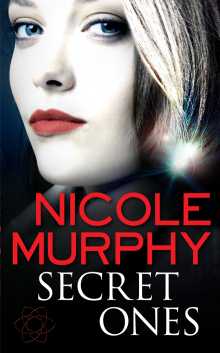 So here I am, a guest on Alan Baxter’s blog. A writer who deals in dark fantasy, horror, mystery and suspense. All the fabulously deep and dark and gritty stuff. And I write light urban fantasy romance. The Courier Mail described my work as “a lightweight but rollicking romp through the space where fantasy and romance collide”.

What does someone like me write about for the fabulous readers of Alan’s dark fantasy?

The answer – embrace the difference. Stand tall and proud and announce that I’m going to write to you all today about why I love romance.

A) Romance is about positivity and finishing on a high note. There are days when it’s really hard to find the positivity IN ANYTHING. So I can grab a romance and know that no matter how hard things get for the hero/heroine, it’s going to work out all right in the end. That’s a nice thing to be able to rely on.

B) Romance is about feminism and strengthening views of women’s sexuality. Now, I’ll admit it doesn’t always succeed at this – but then not every horror novel succeeds at being scary. But there are still huge tracts of the literary world out there where women are not seeing strong role models or being shown that they deserve happiness whether sexual or not. In the romance world, we get to see women taking on the men, beating them at their own game and getting the loving partner that can make their life better. 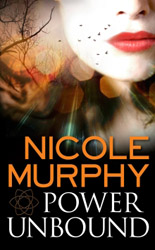 C) Romance is about acceptance. There’s such a range of relationships and sexuality in the romance genre. On the one hand there are the inspirational books – heavily based in religion (generally a Christian one) in which there’s no kissing or touching. On the other hand we’ve got erotica, featuring menages and S & M. At the moment, there’s a rise in gay romance (mostly being read by women, interestingly) and a massive call for romances dealing with different cultures and races.

D) Romance is about characterisation and world-building. Because of the restrictions on the plot (it HAS to end in a happily-ever-after or it’s not romance, it’s just romantic), you’ve got to work hard on the characters and world in order to create an interesting and exciting book that the readers will want to connect to. Some of the most memorable fictional characters I’ve come across have been in romance.

E) Romance is about escapism. People say this like it’s something bad but of course it isn’t. We all need to get away from the real world for a time – because we’re tired, because we’re stressed, because we’re worried, because we’re overwhelmed. A break from all this for just an hour or so can give us the push we need to move on and get through it. Most romances are written in a style that’s very easy to read and it means they’re easy to jump into, while away the time and then pop out of again. 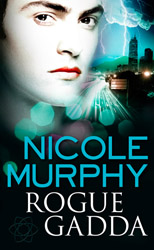 F) Romance is about love, and love is one of the most powerful driving forces in human existence. Fiona McIntosh said it nicely on a panel at Worldcon last year – ‘if you’re not dealing with romance in your work, then you’re not dealing with the totality of the human condition because at the end of the day, we all want to be loved’.

I know romance isn’t for everyone. There’s things that I don’t like to read (and no, dark fantasy isn’t one of them 🙂 ) so I can understand that you can give it a try and not find it your bag.

But I hope that if you’ve ever been inclined to bag romance, you’ll now think twice about it. Or at least go and read a few books (preferably mine!) before you put it down.

Giveaway question – To win a copy of Rogue Gadda, tell me what you love about your favourite genre.

[Leave comments below and Nicole will pop back to see them. She’ll pick a winner for the copy of the book – Alan]

They came to the night that she and Hampton had made love. She hoped this was something the Firimir would skip through but no, she had to sit there in front of Hampton and relive those exquisite memories in the most humiliating fashion.

She wanted to squirm, both from embarrasment and arousal – Goddess, watching them together would set anyone on fire. Then she realised the Firimir could probably feel her arousal and embarrasment won.