Get your Christmas out of Sol Invictus! (That time again.)

Originally posted on December 20th 2011, then again last year. As I mentioned last year, I think I’ll probably repost this every year. It’s worth reading if you don’t know and worth a reminder if you do. It’s fun to learn about our culture, kids! This blog is concerned with stories and these cultural myths are the greatest stories of all. Everything we know is built on them. Off we go then…

We’re nearly at that time again. It should be stated from the outset, and really doesn’t need to be for regular readers, that I hate Christmas and everything about it. I do love being able to spend time with friends and loved ones, enjoy good food, exchange gifts and all that malarkey. But you don’t need a special day for that. Just like you should tell your partner that you love them all the time and not only on February 14th. But what really pisses me off is all the Christians who think it’s okay to berate people who leave Christ out of Xmas. Given that the whole thing is stolen and shoe-horned into a medieval fantasy in the first place, it’s a bit rich.

I’ve also taken to responding to, “You can’t have Xmas without Christ!” with, “Then you can’t have Thursday without Thor! Where’s your celebratory hammer?” There’s history with all these things, and it behoves the modern mind to know it. 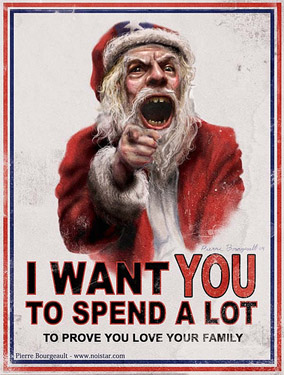 If you get off on the whole Christ mythology, then bully for you. Why you pick one crazy mythology out of hundreds and insist it’s the truth absolutely mystifies me, but if that’s your wagon, then giddy up. And the Western world has certainly jumped on board the whole Xmas lunacy and subverted it into a materialistic circus of misery and one-upmanship. So I can understand the desire to suggest that people look past the crass commercialism and look for what Xmas is really about. But you know what? It’s not Christ. Sure, it’s been hijacked to be about Christ, but if these people were really honest with themselves, they’d admit there’s more to the story. Then again, as that great physician Gregory House said, “Rational arguments don’t usually work on religious people. Otherwise there would be no religious people.” – (Season 4 Episode 2, The Right Stuff.)

The Christians, since some decades after the death of Christ when the Christians began (thanks to the cult set up by Paul), have always been keen on appropriating something popular, pretending it’s theirs and then using it to further their own agenda. They’re like a virus, chewing up holidays and spitting out Christian rhetoric. But it’s not only the Christians who have pinched things for their aims.

Over the years we’ve merged and melded many things into our modern culture and, while the Christians always shout the loudest at Xmas, there are many other influences that have survived the Jesus takeover.

Burning candles, mistletoe and holly berries, for example, are originally from Yule, the Pagan celebration of the sun god, Mithras. Who is also a very clear blueprint for the myth of Christ himself:

“Both Mithras and Christ were described variously as ‘the Way,’ ‘the Truth,’ ‘the Light,’ ‘the Life,’ ‘the Word,’ ‘the Son of God,’ ‘the Good Shepherd.’ The Christian litany to Jesus could easily be an allegorical litany to the sun-god. Mithras is often represented as carrying a lamb on his shoulders, just as Jesus is. Midnight services were found in both religions. The virgin mother…was easily merged with the virgin mother Mary. Petra, the sacred rock of Mithraism, became Peter, the foundation of the Christian Church.”

Gerald Berry, Religions of the World

Mithras (from the Persian god, Mithra, adapted to Greek as Mithras) allegedly has many features Christians might find familiar:

– Mithra was born on December 25th of the virgin Anahita.
– The babe was wrapped in swaddling clothes, placed in a manger and attended by shepherds.
– He was considered a great traveling teacher and master.
– He had 12 companions or “disciples.”
– He performed miracles.
– As the “great bull of the Sun,” Mithra sacrificed himself for world peace.
– He ascended to heaven.
– Mithra was viewed as the Good Shepherd, the “Way, the Truth and the Light,” the Redeemer, the Savior, the Messiah.
– Mithra is omniscient, as he “hears all, sees all, knows all: none can deceive him.”
– He was identified with both the Lion and the Lamb.
– His sacred day was Sunday, “the Lord’s Day,” hundreds of years before the appearance of Christ.
– His religion had a eucharist or “Lord’s Supper.”
– Mithra “sets his marks on the foreheads of his soldiers.”
– Mithraism emphasized baptism.

Funny old list, that, eh? I said allegedly above as there’s often about as much evidence for these things as there is for the mythology of Christianity; that is to say, not much at all. Though the vast majority of it is backed up by archeological evidence well predating Christian times. 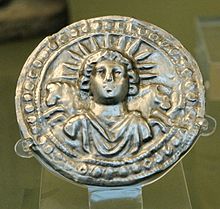 The Roman emporer Aurelian first instigated Dies Natalis Solis Invicti in 274 CE, which is the birthday of Sol Invictus, the sun god, often considered to be one and the same as Mithras. This birthday festival was celebrated with a huge party and feast on December 25th, a date I’m sure you’ll find familiar. It was Constantine who decided, for mostly political reasons, that Christianity would be the state religion, though he did release an edict in 313 CE proclaiming religious tolerance of all faiths. But there were still enough adherents to the Mithraic tradition that even in the 5th century, Augustine preached against them as Christianity continued its takeover.

Incidentally, it was also Constantine who made Sunday a day of rest. Not because of Christ myths, but for Sol Invictus. In March, 321 CE he decreed:

On the venerable day of the Sun let the magistrates and people residing in cities rest, and let all workshops be closed. In the country however persons engaged in agriculture may freely and lawfully continue their pursuits because it often happens that another day is not suitable for grain-sowing or vine planting; lest by neglecting the proper moment for such operations the bounty of heaven should be lost.

But I digress. Going back to Christmas being a Sol Invictus celebration, even the Syriac bishop Jacob Bar-Salibi wrote in the 12th century:

“It was a custom of the Pagans to celebrate on the same 25 December the birthday of the Sun, at which they kindled lights in token of festivity. In these solemnities and revelries the Christians also took part. Accordingly when the doctors of the Church perceived that the Christians had a leaning to this festival, they took counsel and resolved that the true Nativity should be solemnised on that day.”

Ernest Renan, in 1882, pointed out how things could have been when he said, “if the growth of Christianity had been arrested by some mortal malady, the world would have been Mithraic” (Renan, E., Marc-Aurele et la fin du monde antique. Paris, 1882, p. 579)

And the whole celebration of the sun god idea can be taken back to well before Roman times. There is much evidence — including many ancient monumental alignments — to demonstrate that the event of the winter solstice, and the return of the sun through longer days, was celebrated hundreds to thousands of years before the common era in numerous parts of the world.

When “the people” are really into something, the worst thing to do is try to tell them they can’t enjoy it any more. The best option is to co-opt it into your own agenda over time. So the Pagan sun worship was Borged (resistance is futile) by Mithras and Sol Invictus celebrations, and those in turn swallowed by the Christians; not as biblical doctrine but to compete with Pagan cults.

Regardless, in the end the effect is the same: “Christmas” is not the birth of the “son of God” but the birth of “the sun”. The deity Mithras and the celebration of Sol Invictus, inextricably intertwined, also ended up drawing in the Christian mythologies and the Christ myths gathered the most adherents and strength and swallowed up those things that birthed them.

Then combine into this Saturnalia, described by the poet Catullus as “the best of days”, which was a big old party in honour of the Roman deity, Saturn. There was a huge banquet followed by gift-giving and partying, where social norms were put aside in the name of hedonism and good times. Which sounds damned fine to me. This festival was originally held on December 17th, but subsequently extended right through to the 23rd. After all, why party for one day when you can get your groove on for a week? And many of those practices were also taken into the Christmas celebration and made a part of the whole thing. 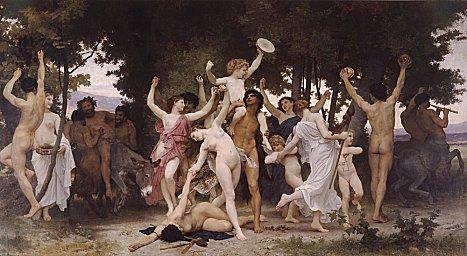 And everything I’ve written here only touches on the depth and complexity of the history of our culture. So the next time some twat says, “You can’t have Xmas without Christ!” you can respond with, “Yes, you can, actually. Just ask Mithras.”

Enjoy the things that make you happy. Be nice to each other, have fun and indulge yourselves. Give gifts, eat too much, drink too much, and don’t forget to spare a thought for those less fortunate and try to do something to help them as well. But don’t be wilfully ignorant. It’s never been easier to explore truth and history, to understand yourself and your culture. Get out there and expand yourself.

And blessed Solstice to you all.