To help people learn a bit more about it, I’ve arranged for each fiction contributor to answer the same five questions, and I’ll be running these mini interviews every weekday now that the book is available. (And yes, I have a story in it, so I’ll be interviewing myself too!) 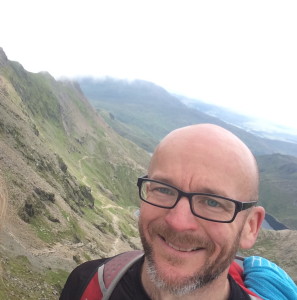 TIM LEBBON is a New York Times-bestselling writer from South Wales. He’s had over thirty novels published to date, as well as hundreds of novellas and short stories. His latest novel is the thriller The Hunt, and other recent releases include The Silence and Alien: Out of the Shadows. He has won four British Fantasy Awards, a Bram Stoker Award, and a Scribe Award, and has been a finalist for World Fantasy, International Horror Guild and Shirley Jackson Awards. Future books include The Rage War (an Alien/Predator trilogy), and the Relics trilogy from Titan.

The movie of his story Pay the Ghost, starring Nicolas Cage, is out now, and other projects in development include Playtime (an original script with Stephen Volk), My Haunted House with Gravy Media, The Hunt, Exorcising Angels (based on a novella with Simon Clark), and a TV Series proposal of The Silence.

Find out more about Tim at his website www.timlebbon.net

I’ve always wanted to write a story about spooky clowns moving in next door. And that’s it. Sometimes a story’s inspiration is something deep, a driving need to explore a certain event or feeling. For me it was just the clowns. Scary buggers. 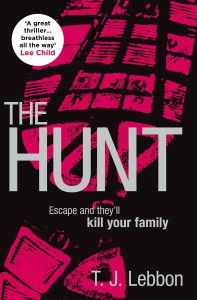 Real horror hits the head and heart, not the gut. Stuff that sets out purely to disgust or sicken isn’t really horror, although gore and nastiness can have a place in a good horror story or movie – The Thing is one of the best horror stories ever made, I think, because the bloody body horror serves to increase the intense sense of isolation and claustrophobia. The ultimate horror for me as a father is family in peril, and that’s what I write about a lot of the time, to a greater or lesser degree.

“The Whimper of Whipped Dogs” by Harlan Ellison. Shocked and upset me the first time I read it, and it still does now.

The Road by Cormac McCarthy. Truly painful and disturbing to read, and the movie was also excellent.

Ghosts. I’ve seen no evidence, though I have an open mind. I think if they can be said to exist, ghosts are probably products of the mind – aspects we haven’t been able to pin down scientifically yet – rather than revenants of the dead.