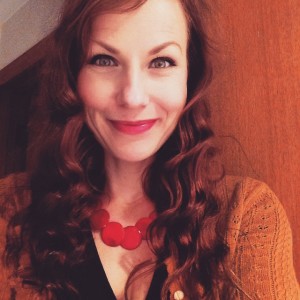 Lisa L. Hannett has had over 60 short stories appear in venues including Clarkesworld, Fantasy, Weird Tales, Apex, the Year’s Best Australian Fantasy and Horror, and Imaginarium: Best Canadian Speculative Writing. She has won four Aurealis Awards, including Best Collection for her first book, Bluegrass Symphony, which was also nominated for a World Fantasy Award. Her first novel, Lament for the Afterlife, was published in 2015.You can find her online at http://lisahannett.com and on Twitter @LisaLHannett.

The main inspiration — though it makes the story sound much more political than it really is — was the recent and continuing (appalling) treatment of asylum seekers in this country. That was the spark (which, I can pretty comfortably guarantee) isn’t a theme blazing across the narrative. Instead, it launched my mind into other directions, which included thinking about how some people’s intentions are good (in their minds, at least) but the outcome of these intentions can be horrifying. How in trying to “protect” some people we can end up hurting others. How opinions and behaviours — good and bad — are initially formed not on a nation-wide scale, but much closer to home..

For me, horror isn’t gore or murderous revenge narratives or films with nasty surprises that make you jump or creepy clowns living in the drain of your shower. (Okay, maybe that last one counts…) Horror is “normal” made uncomfortable. Horror is unrelenting dread. Horror means not pulling punches in fiction: it’s going there, where things are awful and often hopeless, and leaving your characters to deal with it, and maybe not coming back for them. Horror is putting people in situations where magic can solve everything except what they want solved. Horror is not knowing. Horror is getting unwanted answers. Horror isn’t unfathomable mysteries cloaked in darkness and occult trappings. Horror is made up of regular, everyday miseries that hold your face so tight you can’t look away.

There are two I come back to time and again, so I’ll cheat and mention them both: ‘Apotropaics’ by Norman Partridge, which was (I think) published first in the early ’90s but was subsequently reprinted here: https://subterraneanpress.com/magazine/fall_2008/fiction_apotropaics_by_norman_partridge; and ‘A Rose for Emily’ by William Faulkner.

It’s a tie between The Haunting of Hill House and We Have Always Lived in the Castle by Shirley Jackson.