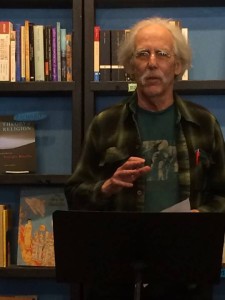 James Dorr’s career may have peaked last year when THE TEARS OF ISIS was named a Bram Stoker Award® Nominee by the Horror Writers Association for Superior Achievement in a Fiction Collection. Not to worry, it didn’t win (which undoubtedly would have gone to his head), and so he plugs on writing short stories and poems, five of the former of which can be found lurking in the archives of DAILY SCIENCE FICTION (http://dailysciencefiction.com — just search on his last name) with others in similarly nice places if perhaps less accessible. Other collections are STRANGE MISTRESSES: TALES OF WONDER AND ROMANCE and DARKER LOVES: TALES OF MYSTERY AND REGRET and his all-poetry VAMPS (A RETROSPECTIVE). An Indiana (USA) resident, Dorr also harbours a cat named Wednesday whose hobbies include playing with toy spiders.

I had read somewhere that the Christmas card image of happy Dickensian children spreading holiday joy from house to house singing Christmas carols fails to give the whole story. Actually the caroling urchins may have been engaging in a form of extortion, continuing to sing, loudly and badly, in front of each home until the residents gave them some money to stop. But suppose some children were more ambitious? With “The Good Work”, I asked myself what might happen if a group of Victorian children upped the anti to include deception, wholesale robbery, and murder, preyimg on the superstitions of the day.

From a reader’s point of view, not so much fear as an uneasy feeling – a feeling that something is out of kilter. Fear, if it’s there, is momentary; but the queasiness, the feeling of wrongness in what the reader has experienced should, ideally, persist. From a writer’s point of view, horror is an exercise in putting characters under stress. This can be true, too, of non-horror fiction, but in horror the stress is more intense, sometimes going to or even past the breaking point.

I’ll go with a classic, Edgar Allan Poe’s “The Tell-Tale Heart.” Here, in a sense, a character has already gone past the breaking point – the man is insane. Of course he denies it as we do too in failing to realize, as we become engrossed in the story, that the man is us. 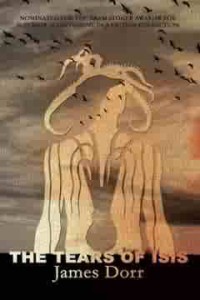 Keeping with classics, Bram Stoker’s DRACULA. This has everything, fear of the unknown, disease, mystery, even an invasion of England – opening the possibility that what we don’t know, in some cases, possibly could hurt us very much. But, interestingly, the technique used is almost the opposite of Poe’s in “The Tell-Tale Heart.” Where Poe put us right in the protagonist’s head, Stoker deliberately puts distance between us and what’s happening in the novel. We read, instead, pages from a diary, or clinical notes, or letters between people caught in the action, or even articles in a newspaper. Written documents that, if an inquiry were to be made of the story’s events afterward, are exactly the kinds of things that would be brought forth as evidence. So what might be lost in terms of immediacy – as we, with the characters, try to assemble these proofs together – results in a gain in verity, that however absurd some individual item might seem, as it’s added up with the others our feeling grows that what the conclusion will be must be true.

I started off as a science fiction reader and, between that and the real-life space program, by the time I was of high school age I was fascinated by UFOs. And although mostly a horror writer now, I’ve even used them in occasional stories, such as “Waxworms,” reprinted in THE TEARS OF ISIS. However I never became fully invested in the idea of government cover-ups, as plausible as such theories might have seemed given the inadequacy at times of official explanations, and, years later, as moderator on a panel on “Flying Saucers” at a science fiction convention, I found myself confronted when question time came around: Did I or did I not believe in UFOs myself? My answer was weasely, but I think true. I believe UFOs, defined as some sort of intelligently-driven spacecraft not of this Earth, could exist in principle. However, I’ve not yet been convinced of the truth of any specific example.