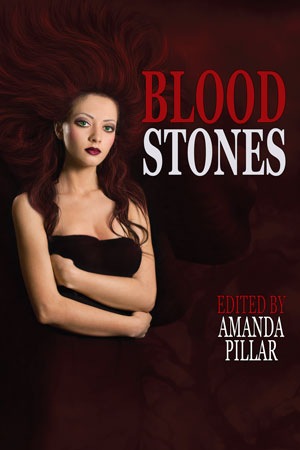 I’m very pleased that I can finally announce this one. The ever brilliant Ticonderoga Publications has teamed up with award-winning editor, Amanda Pillar, to produce an anthology of myth inspired dark urban fantasy called Bloodstones.  The anthology is loaded with seventeen fantastic tales of monsters, gods, magic and so much more. It’s going to be an annual series, I think, and I’m very pleased to say that my story, Cephalopoda Obsessia, is going to be in this inaugural volume.

My story is the result of a daft Facebook conversation that occurred quite a while ago, about the psychic octopus, Paul. Remember him? He was the one predicting the football world cup results from his tank in Germany. If you want to know just what I did with that unusual character, you’ll have to get Bloodstones and read the story.

Bloodstones will be published in October 2012, in time for Halloween, and will be available in trade paperback and ebook formats.

Pre-orders for the anthology will be available shortly from Ticonderoga’s online shop at indiebooksonline.com, and on release from internet bookstores such as Barnes and Noble, The Book Depository, amazon.com, and anywhere good books are found.

And I have to say, I’m in some stellar company in the book. Ticonderoga today released the full Table of Contents. The 17 stories are:

Behold the awesome. Can’t wait to read this one.