I went on Sunday night to the Hayden Orpheum in Cremorne to see Blade Runner: The Final Cut. What a fantastic cinema that is. The perfect venue for such a movie and a HUGE screen. I was lucky enough to be in the audience of the first showing, which turned out to be the first showing of this edition in the Southern Hemisphere and one of the only showings using 4k High Definition technology.

What am I talking about, are some of you wondering? I’m a total Blade Runner fan, so maybe I should back up a bit and allow for the fact that most people aren’t as sad about this as I am.

Blade Runner is director Ridley Scott’s magnum opus. For all the good films that he may have made before and since, this movie stands alone for its atmospheric impact and the depth and intricacy of the story. Essentially it’s a story about life, creation, destruction and how much time we all have here and what we do with it. It’s also the greatest science fiction movie of all time. Naturally, I’m biased, but I’m hoping to drag you along here. 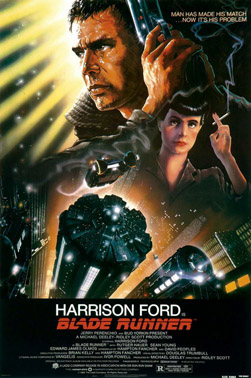 The first theatrical release, from 1982, was a film that polarised critics and was fundamentally a flop. The genius was recognised, however, and the film became a cult classic. Quite a few things these days try to get that little badge of honour tacked on, but few really deserve it. Blade Runner really was, and still is, a cult classic.

The original release was deemed too deep for audiences to get. Yes, even back in 1982 Hollywood thought that all movie goers were completely brain dead and, then as now, pandered to the lowest common denominator among potential ticket buyers. Scott’s original cut was reworked, a complete narration voice-over was added by Deckard (the main character played by Harrison Ford) and key elements of the plot were struck out. As the underground success of the film gathered pace, we eventually got the Director’s Cut. This version was infinitely better. Gone was the “help the idiots to understand” voiceover and the film-noir intensity and detail of the story was restored with the reintroduction of key scenes. But it was a rushed effort and Scott himself was not directly involved. A little strange for a Director’s Cut, but there you go.

Now, twenty five years later, the film still has the same impact. It’s still a giant in the genre and a giant among films generally. And still my favourite film of all time. So I was beside myself when I heard that the new Final Cut, Ridley Scott’s own definitive take on the film, was to be in limited cinema release and subsequent DVD release. For all my love of the movie, I’ve never had the chance to see it on the big screen before. And it was awesome. I saw detail in the sets and scenes that I’d never noticed before on smaller screens. Scott’s attention to detail with this film is incredible. And now that we’re closer to the time these events are supposed to take place (the movie is set in November 2019) we can see that Scott’s vision isn’t going to happen quite as he portrayed it. The massive Atari billboards in Scott’s future LA, for example, are a bit weird. But now the film has an alternate future feel about it, but one that is still so very close to our own possible future that it’s quite possible to imagine ourselves there pretty soon.

I was very excited to see what Scott would do with this Final Cut and, in some ways, I’m a little disappointed. He did very little.

For those that know the film in detail, I can tell you of a couple of key things that were changed. He corrects the poor arithmetic when Bryant is telling Deckard how many replicants there are. Now two got fried at the Tyrell corporation. Roy Batty refers to Tyrell as “father” rather than “fucker” in that incredible scene where the two finally come face to face. And the unicorn scene is moved from Deckard’s dream to when Deckard is sitting at the piano, staring into space. That last change is going to generate enormous debate, I’m sure.

Otherwise there are very few changes. A few scenes extended by a second or two here and there, some additional green screen work, expanding the backdrops and so on. Very little fundamental change.

Anyway, the most important thing is that Scott didn’t do a Lucas and take his best ever film and piss all over it, as Lucas did by sullying the memory of the awesome Star Wars (the other greatest sci-fi movie of all time) with the vomit of a movie that is The Phantom Menace. Not to mention what Lucas did to the original Star Wars in the newly released editions. Blade Runner is still the greatest movie of all time.

Now I can’t wait for December to get the DVD version and watch it again, see if I can’t spot a few more changes. Drop a comment or send me an email if you’ve seen it and spotted any changes. I’ve got my limited edition brief case set on order already. 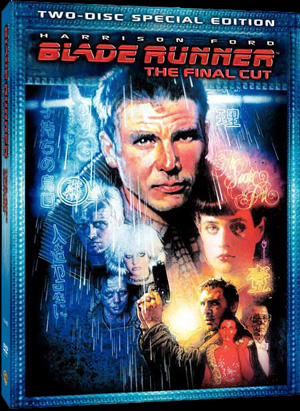