All about The Bitterwood Bible and Other Recountings

By now you all know I’m good friends with Angela Slatter. You should also know that I’m a huge fan of her work – it’s great when one of your friends is also one of your favourite writers. One of the best books I’ve read in recent years was Sourdough & Other Stories, Angela’s collection of short stories published by Tartarus Press. Not only is it a collection of brilliant stories, it’s a beautiful artifact of a book too. Tartarus make wonderful things. Well, Angela was supposed to write a sequel collection, but being the contrary writer she is, she wrote a prequel collection instead. It’s called The Bitterwood Bible and Other Recountings. Tartarus agreed to publish it and Angela scored the amazing Kathleen Jennings to do internal illustrations for it. The result is a book even more beautiful than Sourdough, and equally chock full of amazing stories. I know that, because I’ve read it. The book’s not out til September 1st, but we’re friends, remember? So I got Angela and Kathleen to talk a bit about it and the process of its creation. You can read that below. At the end is a link to the Tartarus Press website where you can pre-order the book, and I really, really recommend that you do. And if you haven’t read Sourdough, buy that too and you can read it while you wait. I’m not just talking up my friends here, either – Sourdough was nominated for the World Fantasy Award and the Aurealis Award for Best Collection. These are books you do not want to miss. Over to Angela and Kathleen. 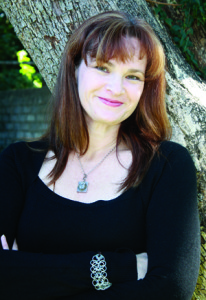 The Bitterwood Bible and Other Recountings is intended as a prequel to Sourdough and Other Stories. It was meant to be a sequel, but the tales were determined to defy me—they insisted upon telling what had happened before, to show how the books of Murcianus came to be, how Ella came into the world, where Hepsibah Ballantyne—who appears only as a name on a headstone in Sourdough’s Lodellan cemetery—began the chain of events that are traced through the mosaic of this book. Bitterwood expands and builds upon the world of Sourdough and, I hope, makes readers feel they are coming home once again.

I’d written “The Coffin-Maker’s Daughter” in 2011 as a standalone story for Steve Jones’s A Book of Horrors anthology, and that seemed the place to start. Hepsibah had gone from being a name on a grave to a powerful presence, so that story is one that threads through the whole of Bitterwood. As I wrote the stories fell into place and I can honestly say that this collection was one of those rare things that a writer dreams of: knowing exactly what was going to happen, when, and to whom. I was able to weave together so many of the things I love: elements of history and myth and fairy tale and folklore. There are little nods to writers as diverse as Umberto Eco and Kim Newman. There are vampires, boarding schools for assassins, pirates who are being hunted to extinction, a brazen head that tells the future, bakeries and rats, transformed badgers and dreadful revenges − and books. So many books. 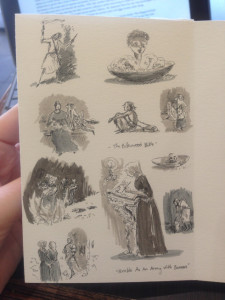 As the narrative came together I started to think not about a cover, strangely, but about internal illustrations. I love Kathleen Jennings’ artwork and I knew she had an ambition to do endpapers, so I asked if she would like to beta read the stories as I finished them and, if perhaps the spirit moved her, do some illustrations as she read? She said yes, which was lucky for me; luckier still the lovely people at Tartarus took both the collection and agreed to use Kathleen’s illustrations. I feel very fortunate and privileged to have drawings done that truly capture the spirit of the tales I wrote. And of course there was the absolute wicked delight of having Kathleen text me photos of what she’d done as she read a story.

It was such a pleasure to work with her and I hope I was a well-behaved author! I don’t think I was critical or asked for any kangaroos to be added to The Last Supper. I’m doubly spoiled because Kathleen also did the artwork for my limited edition collection of Black-Winged Angels (Ticonderoga Publications), which echoes the silhouette technique of Arthur Rackham, but has its own wonderful unique beauty. 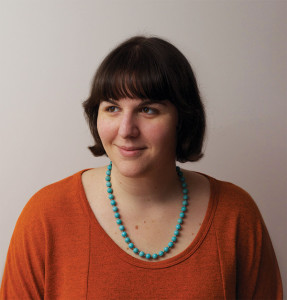 Angela would keep dropping hints about the most beautiful parts of her stories, often before they were written – badgers (sigh) and a school for poison girls, doors in trees, dangerous quilts… so any workload-related resolve was fairly well weakened by the time she sent me the manuscript, because now they were here! They were real stories in the world, and I could read them!

I spent a lot of time in cafes, reading and sketching, sending Angela texts with reactions and pictures – each gaining energy from the other’s excitement! We’re still doing this, if you saw our comments back and forth when Tartarus released pictures of the Actual Book.

It was a lovely way to work, actually: just a free hand to sketch my way through the book. Because the original plan was to try and sell Tartarus on the idea of endpapers, I was going for multiple small images and the individual pressure was off – I could just draw anything that caught my fancy. And then Angela would edit it out of the manuscript. But anyway. 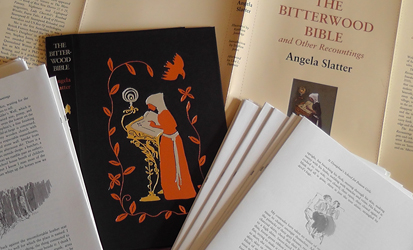 I’m still haunted by images from this book. Images and titles (‘Now all pirates are gone’). And Tartarus did a lovely job of putting the pictures in just where they ought to be – Angela and I had to check in with each other to say, “Did you see where they put the badgers? I knowwww!”

The Tartarus Press website is here and you can buy Sourdough & Other Stories here (This is a link to the paperback. I think the beautiful hardback is sold out, but worth sending an email maybe) and pre-order The Bitterwood Bible and Other Recountings here. Go. Now! 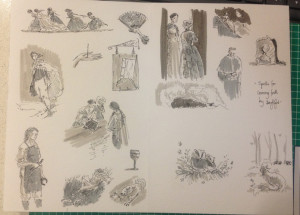