I always appreciate it when people post around this time and remind me what work they’ve released the previous year that’s eligible for awards. It’s a good reminder so we know we haven’t missed anything when we’re making our Stoker Award, Hugo, Nebula, Ditmar, etc. recommendations or votes. So here’s my post with stuff released last year (2016) that’s eligible for those awards and others. If you’re a voting member or active in fandom and think any of this stuff is worthy, I thank you heartily in advance. And if you are eligible to nominate or vote in any awards, please do so! The awards are always better when more people are involved – it’s a truer representation of what’s good and popular in any given year. 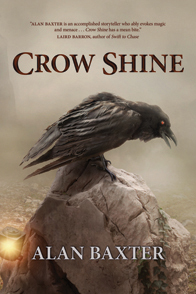 Crow Shine (Ticonderoga Publications, November 2016) – I would love for this book to get some attention, and it also contained three original stories, listed below. 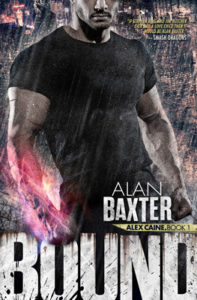 Bound: Alex Caine Book 1 in the US and UK (Ragnarok Publications, December 2016) – I’ve put this last as it’s only eligible for awards that recognise first North American publication, as it came out in Australia in 2014, so it’s not new by the standards of most awards. I’m not entirely sure if there is anything like that, but there you go. I love this book, so it needs a mention.

So that’s my stuff. If you’re a writer and you’ve had publications, be sure to post about them. Fuck the haters who think it’s bad taste to post about your work like this – you’re damn right you should celebrate your kickass achievements. I’m bloody proud of mine. We work hard and should be able to enjoy that. If you’re a fan or reader, get involved with nominating and voting wherever you can.