It’s a good time for Australian speculative fiction at the moment. There are a bunch of new books coming out or recently released by awesome Aussie authors. Some of these people I’m lucky enough to count among my friends and some of them I don’t know personally, but know them as their reputation in the field precedes them. I also know that I’m going to be pretty poor coming back from Aussiecon4, as I’ll inevitably be buying a lot of books there. I hope I can sell a few books myself to maybe even it all out a bit.

Here’s a quick rundown on just a few of the great new releases worth a look about now: 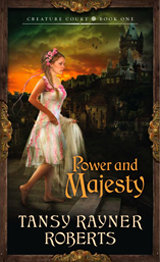 Power And Majesty by Tansy Rayner Roberts (Voyager) She almost missed the sight of a naked youth falling out of the sky. He was long and lean and muscled… He was also completely off his face.

A war is being fought in the skies over the city of Aufleur. No one sees the battles. No one knows how close they come to destruction every time the sun sets.

During daylight, all is well, but when nox falls and the sky turns bright, someone has to step up and lead the Creature Court into battle.

Twelve years ago, Garnet kissed Velody and stole her magic. Five years ago, he betrayed Ashiol, and took his powers by force. But now the Creature Court is at a crossroads… they need a Power and Majesty who won′t give up or lose themselves in madness… 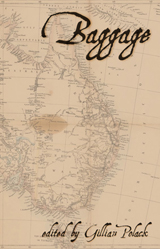 Humankind carries the past as invisible baggage. Thirteen brilliant writers explore this, looking at Australia’s cultural baggage through new and often disturbing eyes.

Baggage explores layers and complexities that are oddly Australian. If you think Australian culture is all about neighbours and mateship, you may find Baggage distressing.

What is Australia? What baggage do Australians carry? Pick up this book. Have a read. You know you want to.

Gravesend by Jason Fischer (Pulp novella from Black House Comics) Tamsyn Webb lives with her father in the Kent township of Gravesend. Like most young ladies she attends school, tries to come to terms with the other sex, and probably wants a pony named moonbeam. What makes Tamsyn different is her ability with a competition compound bow, which is probably a good skill to have considering Gravesend is one of the last outposts of humanity left following a zombie apocalypse event.

When an expedition to London goes pear shaped, Tamsyn and her father lock horns with Gravesend Mayor Terry Jacobs and his thugs. Things are looking very grim inside the township but it’s about to get a whole lot worse with a horde of zombies heading towards the township from the remnants of London. (From Scary Minds)

Death Most Definite by Trent Jamieson (Hachette) Steven de Selby has a hangover. Bright lights, loud noise, and lots of exercise are the last thing he wants. But that’s exactly what he gets when someone starts shooting at him.

Steven is no stranger to death-Mr. D’s his boss after all-but when a dead girl saves him from sharing her fate, he finds himself on the wrong end of the barrel. His job is to guide the restless dead to the underworld but now his clients are his own colleagues, friends, and family.

Mr. D’s gone missing and with no one in charge, the dead start to rise, the living are hunted, and the whole city teeters on the brink of a regional apocalypse-unless Steven can shake his hangover, not fall for the dead girl, and find out what happened to his boss- that is, Death himself. 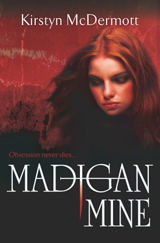 Madigan Mine by Kristyn McDermot (Pan MacMillan) Alex doesn’t know what he wants to do, how to connect with people or what’s good for him. He drifts his way through dead-end jobs and fumbled relationships, unable to find a way out of the rut his life has become. Then he runs into Madigan Sargood and everything changes.

A ray of light shining from an almost-forgotten past, Madigan is beautiful and impulsive, enigmatic and passionate beyond measure. This is what it means to live, Alex realises, and to love. Never mind that she can be somewhat possessive. Never mind that his best friend thinks there’s something wrong with her, something dangerous even. Never mind that the creepy band of misfits she attracts have all but taken over his home. Madigan fills Alex’s life with significance; he will put up with anything to be with her.

Until, without any warning, she kills herself.

Now Alex can’t seem to get her out of his head, and his world – along with his sanity – begins to disintegrate. Black outs and missing time, conversations he can’t recall, people he can’t remember. Is this the product of a diseased and lovesick mind, or can Madigan really be trying to communicate with him?

When the past threatens to obliterate the future, Alex is forced to take action. To save himself and those he loves, he must discover the sinister reason why Madigan took her own life – and why she won’t lie still in her grave. 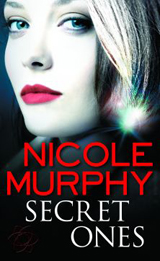 The Secret Ones by Nicole Murphy (HarperCollins) She’s from an ancient clan. He has no family. Can they save the world … together?

Maggie Shaunessy is used to keeping secrets. She’s a fantastic teacher, but she’s also gadda, part of a hidden, powerful race – and she has a habit of annoying the wrong people.

Until Lucas Valeroso meets Maggie, he had no idea what awaited him: super-human powers, a smart and beautiful woman interested in more than unlocking his new abilities and, above all, a sense of belonging.

But dark ambition and dangerous bigotry are emerging in the gadda ranks. Lucas’s new family might cast him out before he’s even truly found his place. And Maggie must work with new allies to find and retrieve a missing artefact before the entire world is changed for all time.

This is just a quick cross-section of the new books that have caught my eye. I’m sure I’ve missed some recent releases and I apologise in advance for any I have missed. Please leave a comment if there’s a new Aussie spec fic release that I haven’t included here that you’re excited about.