When it comes to using words in ways that seem to make the absurd an artform, there’s really no competition for politicians and religious leaders. There’s been an awful lot of rhetoric and word smithery going on over the last couple of days as people reflect on five years since the terrorist attacks on America. The day the biggest bully in the schoolyard got a very bloody nose will resonate for many more years yet, of course, and rightly so. But there’s nothing like an anniversary to bring out the nonsense from the world’s leaders.

Contradiction is often in evidence. Take this little gem from our very own Prime Minster, Little Johnny Howard. Talking about the terrorist attacks of 9/11, Howard called them “an attack on the values that the entire world holds in common.” Well, Johnny, if that were true there wouldn’t have been any attacks. Obviously someone doesn’t share our values.

Some people consider themselves poets as well as being masters of rhetoric. Take Ayman al-Zawahiri, al-Qaeda no.2 and all round extremist Islamic nutcase. On new attacks in the near future he claimed, “the days are pregnant and giving birth to new events, with Allah’s permission and guidance.” I would suggest that new events will occur regardless of “pregnant” days and I wonder how Allah submits his “permission and guidance”. Email, perhaps? 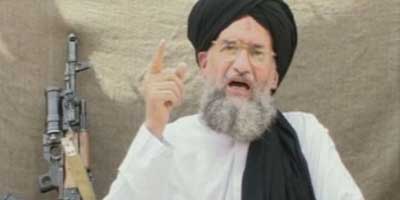 Back here in Australia, the Opposition leader, Kim Beazley, has called for tourists and aspiring immigrants to pledge allegiance to “Aussie values” before being allowed into the country. So he wants anyone coming here to have a penchant for flame grilled red meat, beer and footy? Preferably they would all drive a Ute and kick back at every opportunity with the catch-cry, “She’ll be right, mate.” Actually, old Kim might be onto something. 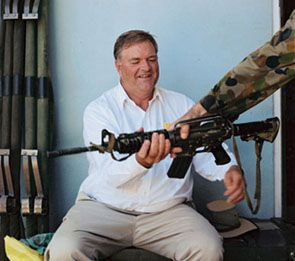 There’s this to show that I’m not totally biased against politicians. Almost, but not totally. Little Johnny again. He’s been calling for Muslim leaders to do more to condemn terrorism perpetrated in the name of their religion. Muslim leaders are crying foul for some reason. Howard had this to say, “If a fanatical group of Anglicans or Catholics carried out a terrorist attack and invoked God and the Christian religion to justify it, wouldn’t you expect it to be routinely and regularly condemned by religious leaders in this country?” Good point, Little John, well made. Although it’s more likely that the Catholics would try to use it to turn a profit and the Anglicans would try to make it all the Catholics’ fault.

Talking of religious leaders and Catholics, old Pope Benedict XVI has been coming out with a couple of corkers lately. He recently held an open air Mass in Bavaria and called for people not to let science and reason make them deaf to God. Seriously, he really said that. Bah, that reason nonsense is over-rated anyway. 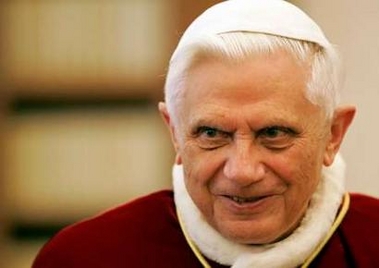 He also lambasted people that “consider mockery of the sacred to be an exercise of freedom”. Well, said mockery is exactly that – an exercise of freedom. Was he trying to make a point there? Other than the obvious point that the Church is rather averse to freedom of the people, but we already knew that. At least that’s something they have in common with many other faiths.

Also, proof that it’s not just world leaders that can spin a good word. James Button, Sydney Morning Herald correspondent in London, wrote today about the various reactions to Islamic extremism in different countries. He referred to one European event since the 9/11 attacks as being “the cartoon wars”. He was referring, of course, to the outrage over the Danish cartoons depicting Mohammad. But I bet no one would ever have foreseen the use of the phrase “cartoon wars” in a serious broadsheet article.

However, my favourite word smithery of the day goes to the North American Aerospace Defence Command. (Incidentally, say the acronym out loud as a single word and see what you hear). 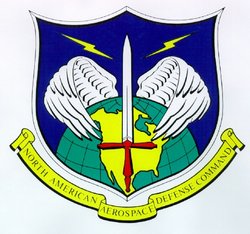 There was obvious anxiety on this anniversary and heightened concerns for airline safety. A United Airlines flight en route from Atlanta to San Francisco was diverted to Dallas due to “suspicious activity”. However, NAADC later dismissed the diversion as “an abundance of caution.” Well done, NAADC. You win The Word’s Terrorist Attack Anniversary Prize for Understatement.

And before anyone tries to berate me for the new word I’ve used in today’s post title, consider it my gift to you.