The New South Wales planning minister, Frank Sartor, has given the go ahead for a proposal to build a Shaolin Temple complex on a former dairy farm near Nowra on the NSW South Coast.

Shoalhaven Mayor Greg Watson said the development would create thousands of jobs and generate $171 million a year for the area. Mr Watson also said, after talking to the incumbent Abbot of Shaolin in China, Shi Yongxin, that the Abbot was keen to build here “because he liked the Mayor”. Big yourself up, Mr Watson. 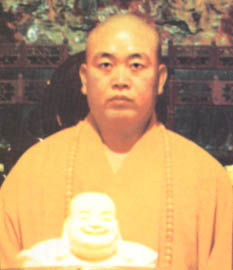 Anyone that knows anything about Shaolin these days knows that the venerable and rich tradition of the ancient Buddhist system has become big business in China, sadly to the detriment of the essence of all the things that Shaolin should stand for. It’s really no wonder that the Shaolin Corporate Brand is doing all it can to spread.

In some ways it’s not entirely bad. As a Kung Fu instructor myself, I’m always pleased to see the development of any Kung Fu art through the world. But I can’t help being sceptical of the whole Nowra plan. A system like Shaolin that teaches Ch’an Buddhism and personal development through martial arts and Qi Gong being developed with a four star hotel and 27 hole golf course? Hardly the environment for aesthetes. You can’t help but marvel at the business acumen of monks that negotiated a deal to buy 1,248 hectares of some of the most beautiful land in Australia for $5 million.

But the best twist of all, and the source of my blatantly sensationalist headline, comes with the words of Anglican minister Trevor Aspin. The Sun Herald reports that Aspin claimed the Shaolin monks would “bring evil into the Shoalhaven”. He apparently sent a memo to local ministers saying that God had directed him to call the “Army of God and go to war” to stop the Shaolin Temple development. Them’s fightin’ words! His claim caused outrage and was not supported by other church leaders. They’re probably too scared to go to war against the world’s most famous fighting Monks. They would get their Anglican butts kicked, but wouldn’t that have been the ratings winner of the year if Shaolin Abbot Shi Yongxin had negotiated for the fight to be televised.