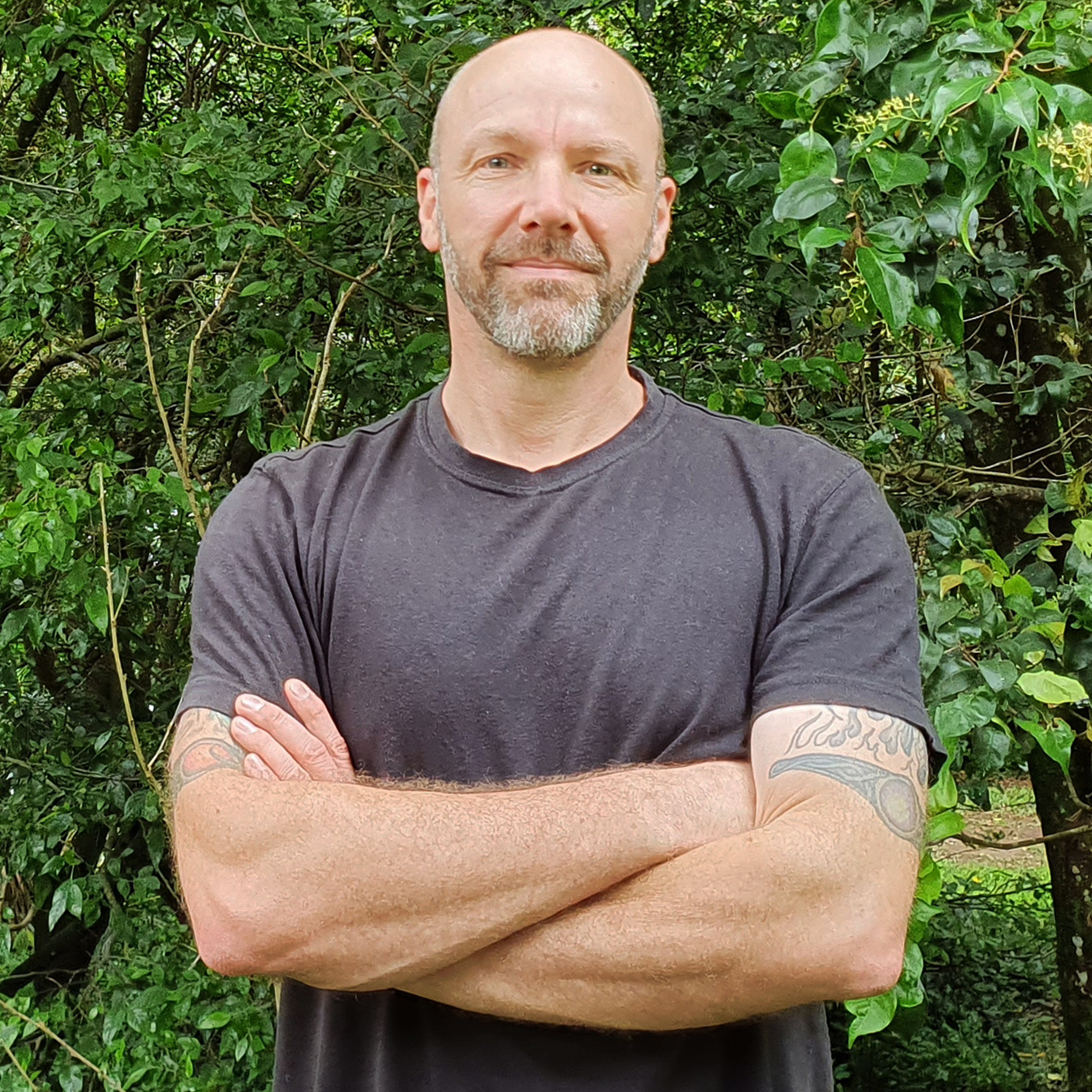 Tales of the Dark Weird Fantastic

“The Lord of Weird Australia.”

Alan Baxter is a multi-award-winning author of horror, supernatural thrillers, and dark fantasy liberally mixed with crime, mystery, and noir. He’s also a martial arts expert, a whisky-soaked swear monkey, and dog lover. He creates dark, weird stories among dairy paddocks on the beautiful south coast of NSW, Australia, where he lives with his wife, child, and hound.

Welcome to my site. Click on any book cover to learn more about it or click on the image below to explore all of my published fiction. 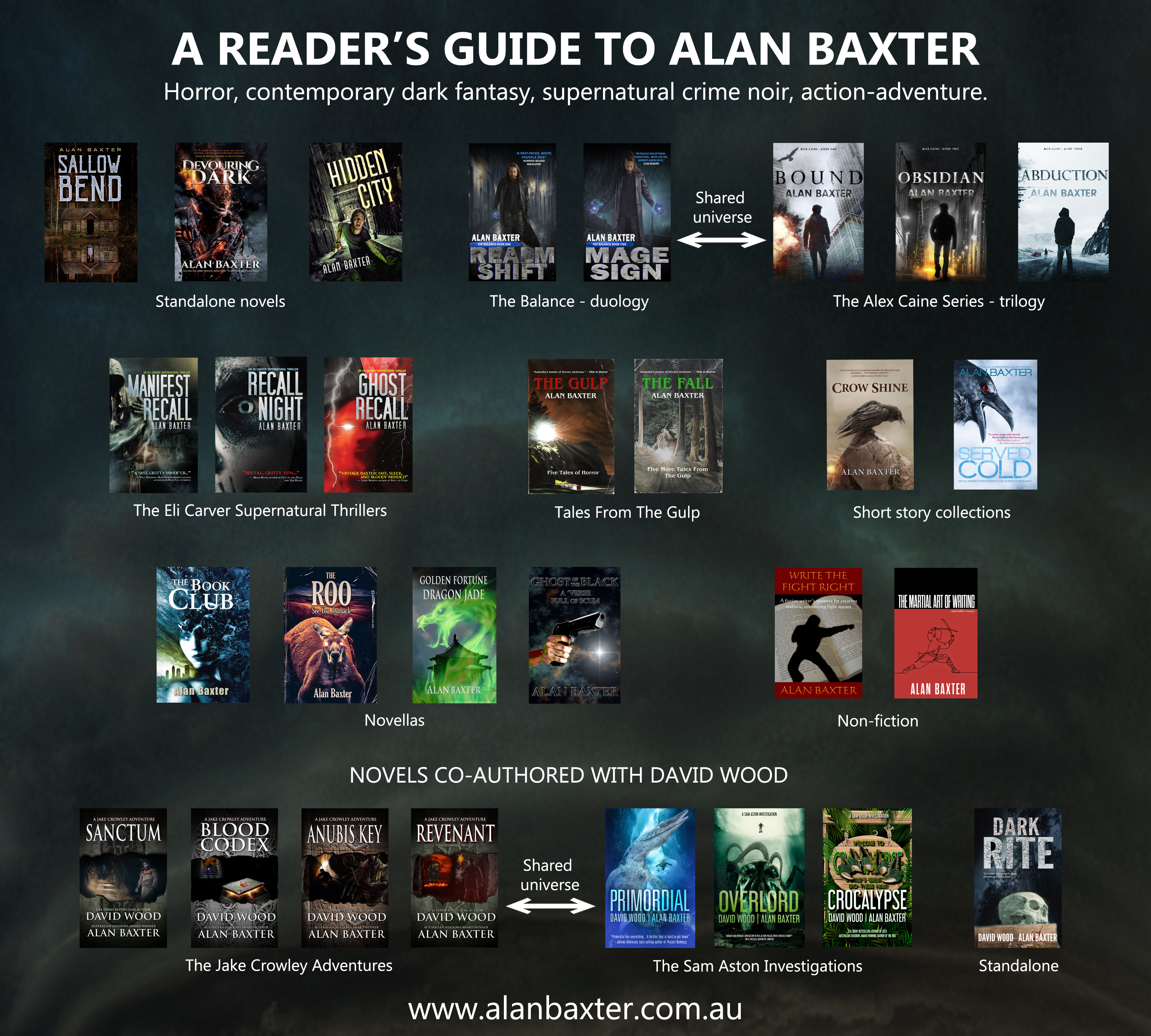 “Alan Baxter is Australia’s master of literary darkness.” – This Is Horror

“Alan Baxter can take horror from gonzo to heartbreaking in an instant. Good stuff… Alan Baxter can write like a m***********.” – Gail Simone, best-selling author of DC’s Birds of Prey, Wonder Woman, and more

“Alan Baxter is an accomplished storyteller who ably evokes magic and menace.” – Laird Barron, author of Swift to Chase

“Alan Baxter delivers a heady mix of magic, monsters and bloody fights to the death. Nobody does kick-ass brutality like Baxter.” – Greig Beck, Internationally bestselling author

“Alan’s work is reminiscent of that of Clive Barker and Jim C. Hines, but with a unique flavour all of its own.” – Angela Slatter, World Fantasy, British Fantasy and Aurealis Award winner 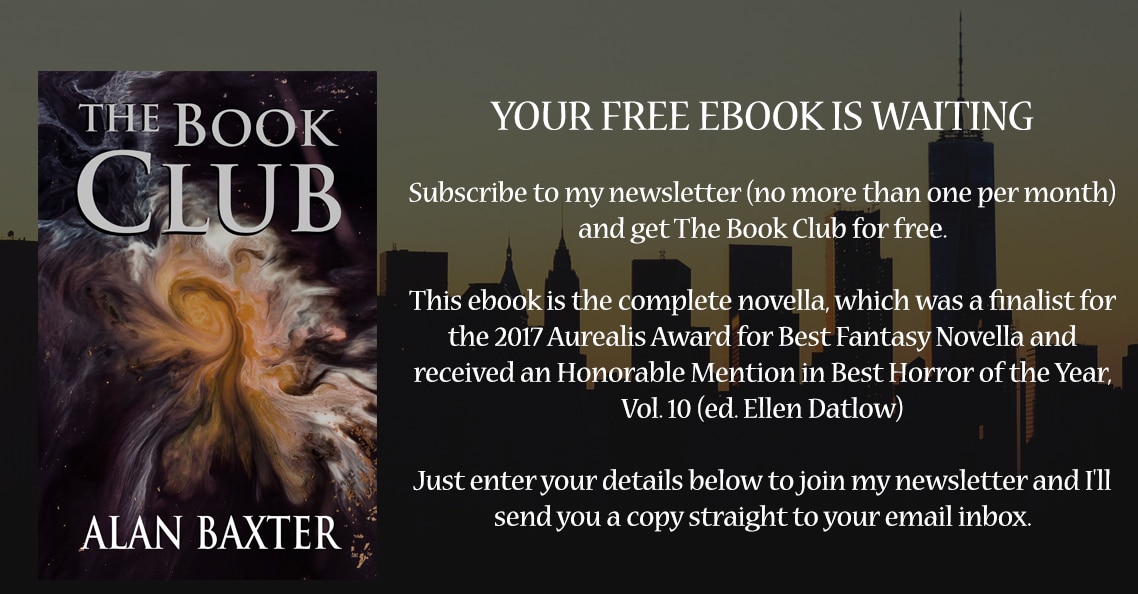