Do you write and submit short stories to anthologies and magazines? If so, you really need to read this, from the award-winning editor, Amanda Pillar. Thanks, Amanda!

I’ve worked on seven anthologies over the past six or so years. I’m onto the eighth, the Bloodlines* anthology to be published by Ticonderoga Publications. I’ve also judged a couple short story and flash fiction competitions. Over the last six years, I’ve noticed reoccurring issues with authors’ submissions. While I will not reject someone outright for forgetting to use standard manuscript format, or for misspelling my name, there are editors who will. So it’s these basic mistakes that may be hindering authors from getting published. There are other issues as well – the quality of writing, willingness of an author to be edited, attitude of an author (if you’re rude, people won’t want to work with you) and so on.

But to help, I’ve compiled a list of 22 common problems associated with short story submissions, shown below in no particular order:

*For those of you wondering, no, this is not aimed at the Bloodlines authors who submitted recently to my collection. I have experienced nearly all of these issues for every anthology I’ve ever done. And it’s happened to a lot of my editor friends as well. This list was compiled in the hope that for the next collection we editors undertake, these issues won’t be reaching our inboxes. 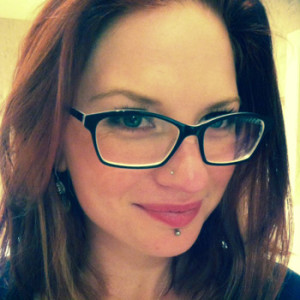 Amanda Pillar is an award-winning editor and speculative fiction author who lives in Victoria, Australia, with her partner and two children, Saxon and Lilith (Burmese cats).

Amanda has had numerous short stories published and has co-edited the fiction anthologies Voices (2008), Grants Pass (2009), The Phantom Queen Awakes (2010), Scenes from the Second Storey (2010), Ishtar (2011) and Damnation and Dames (2012). Her first solo anthology was published by Ticonderoga Publications, titled Bloodstones (2012). Amanda is currently finalising the Bloodstones’ sequel, Bloodlines, due out in 2015.

In her ‘free time’, she works as an archaeologist.